Asgardian Stones is a 5 reel, 20 payline NetEnt slot. Features in the game include the Colossal Crush feature where a Colossal Symbol crushes row after row of symbols while increasing the multiplier value, the Avalanche feature where multiple wins can come from a single spin, and the Bonus Wheel feature which is the main feature in the game.

Here players can win cash rewards as well as 25 free spins in the free spins feature. Players will also win from the Colossal Wild symbols that can split into single symbols. These can then be replaced in Avalanches and stay on the reels if they don’t form part of a win.

You can win over 2,000x your bet on every spin on every spin and/or free spin. Stakes start from 20p to £200 per spin on all iOS and Android devices. Deposit at Star Slots to win up to 500 Free Starburst Spins!

About the Asgardian Stones Casino Game

Players will feel the immense power of the ancient times of the gods in this NetEnt slots online. Asgardian Stones has a Norse theme and the action is set in Asgard, home of the gods. Be ready to journey to Mount Olympus where you’ll come across colossal stones which stand at the gates of Asgard.

Symbols on the reels include card values A, Q and K modeled in ancient runic signs, faces of old Gods etched in stone – with the highest paying among them pays up to 25x your bet when 5 land on a payline. There is also a wild symbol in the game represented by (W) which can replace all other symbols except the Bonus Wheel symbol.

This Asgardian Stones NetEnt slot uses the Avalanche gaming engine that you see in other NetEnt slots like Gonzo’s Quest. When the game starts, the symbols fall into place on the reels and when a winning combination is made, an Avalanche starts up.

The symbols that formed part of the win explode and vanish then another Avalanche of symbols occurs. This makes it possible for punters to have winning streaks.

These can be 2x2 or 3x3 symbol blocks. Again, it gets easier to form winning combinations. It also gets easier to trigger the Colossal Crush feature.

Players can also receive 5 free spins instead that take place with 3 free spins segments. You can win up to 15 free spins during the Free Spins feature. If you manage to reactivate the Bonus Wheel thrice, a total of 25 free spins is up for grabs.

Once the free spins start, the wild can transform into a Colossal Wild symbol. If it forms part of a winning combination, it splits into 1x1 wild symbols and rewards you a win. The symbols will then explode and vanish from the reels. They are then replaced by new symbols. If the wilds don’t form part of a winning combo, they stay on the reels until no more wins can be formed.

NetEnt - The Developer of the Asgardian Stones Slot

NetEnt is a Swedish company that was established in 1996. Back then the company was known as Net Entertainment. It is considered one of the most respected online casino software developers in the world.

The NetEnt progressive jackpot network has paid out tens of millions worth of prize money since it was started. NetEnt has a public listing on the NASDAQ OMX Stockholm. When the company was started in 1996, NetEnt was operating a few online casinos.

They sold all their casinos later in 2005. In 2006 the NetEnt casino module was voted one of the top 20 modules in the industry. Since then, they’ve continued to grow from strength to strength. They are licensed to operate in Malta and has a casino module that’s verified for randomness by gambling authroities in Canada and Sweden.

NetEnt is the number one online slot game developers in the world. Their consistency has helped them overtake industry bigwigs like IGT, Microgaming and Novomatic. NetEnt slots are popular in the UK, the Nordics and most areas in Europe.

They’ve also managed to enter regulated markets like New Jersey and the USA. You can always expect quality from NetEnt, with a few of their best slots including; 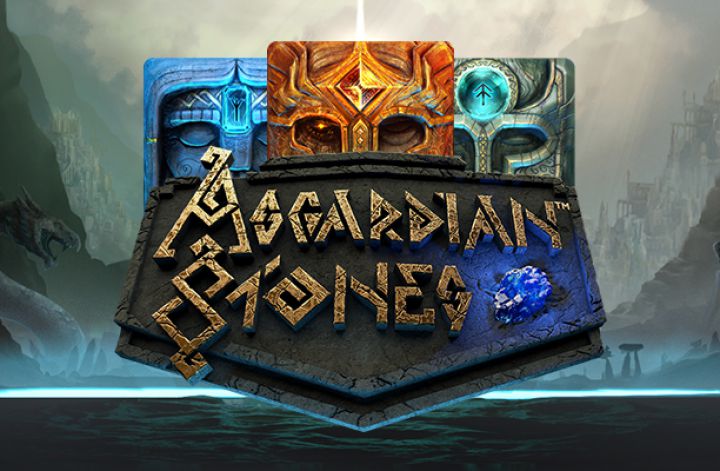 Asgardian Stones is one of NetEnt’s best slots in terms of design, gameplay and payouts. The amazing features in the main game keep you hooked and the bonuses like the Free Spins feature can be highly rewarding if you’re lucky.

There’s up to 2,000x your stake available in the main game and also during the free spins making this a very lucrative slot if lady luck decides to look down on you. Get ready to enter the gates of Asgard to get a glimpse of the gods, enjoy all the action while enjoying some amazing payouts. Check it out to see some of NetEnt’s best work.