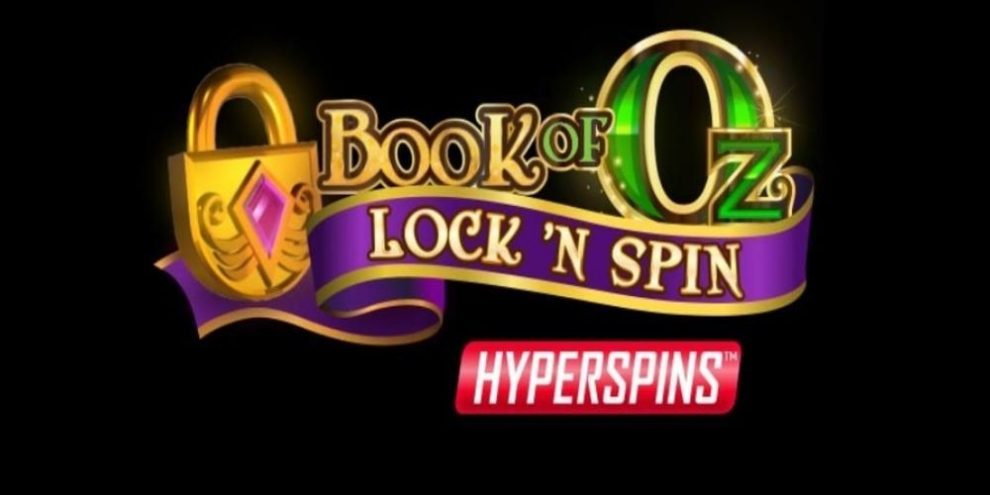 Based on the Wizard of Oz, this online slot game is bright, enticing and fun to play with plenty of features to keep you entertained along the way. With a generous jackpot up for grabs, players with any size of bankroll can participate in this slots game as spins can begin from 10p.

The most loved feature of this game is the Hyperspins feature, and though this game can be rather volatile, the wins, when they land, are large.

See if you can identify all of the favourite characters and attributes from the well-known story of The Wizard of Oz, from the Lion to the heart.

About Triple Edge Studios and Their Other Games

Seeing every single new project as a chance to challenge themselves as gaming developers, Triple Edge Studios are one of the most innovative developers around.

Ensuring that they create games of the highest of quality, not only to satisfy their players but their online casino affiliates too, they have been hugely successful in the production of many different types of games.

If you needed any proof of this, their portfolio is all you need to look at to be able to see just how successful and popular Triple Edge Studios are.

Not only have they been a big hit in the UK but worldwide, too, staying one step ahead of the majority of other game developers through the levels of hard work they are prepared to put into every game they create.

Triple Edge Studios created Book of Oz Lock ‘N Spin in September 2019 and it was instantly a hit with their gamers. Winning the Top 24 Slot Rank Award and the Top 25 Golden Badge, this slots game can be played on any device so it is easily and conveniently accessible to every gamer.

This is a high variance slots game with an RTP of 96.6% so the stakes might be high, but the wins will be considerable when they fall. The maximum available jackpot up for grabs during your time playing Book of Oz Lock ‘N Spin is £125,000 and you can start placing bets from as little as 10p up to £25 per spin of the reel. This is a 5 reel, 10 payline slots game with multiple bonus features to keep every player excited for more.

The main feature that excites players is the Hyperspins feature and this allows you to be able to lock up to four different reels of your choice in place at any one time.

It costs you different prices to be able to lock your reels into position, but when there is such a big jackpot prize at stake, spending a little to gain a much larger amount is almost always worthwhile.

This feature is available for you to use if you already have two scatters in place, so you can lock up to four reels to be able to land the third scatter.

Landing yourself three scatters will activate your free spins. Your scatter symbol is the Book of Oz symbol itself and depending on how many of these you are able to align, you will receive between 10 and 25 free spins at one time.

You are also able to re-trigger these free spins if you are able to align more scatters symbols during your free spins feature. But there is a twist in this game. 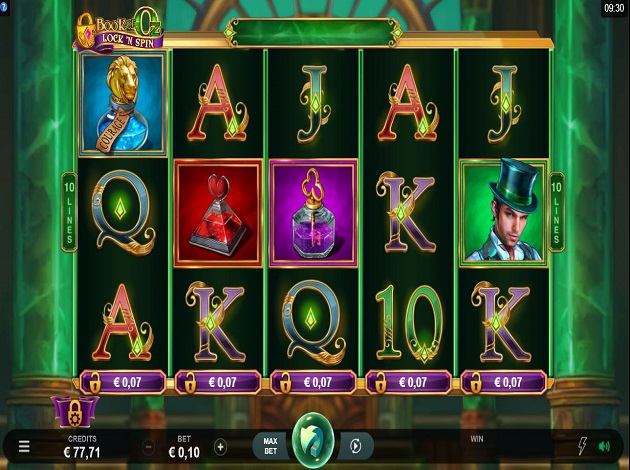 You can also play the Second Chance feature which enables you to change the special symbol you have been rewarded with if you are not happy with it and this can increase your chances of winning a greater cash reward.

But be careful, as you can also decrease the amount of money you may win by doing this too. There is a risk involved when choosing a new symbol but if you get it right, the symbol of higher value can expand during your Second Chance feature and entitle you to so much more than you would have been previously.

The game of Book of Oz Lock ‘N Spin is great fun to play and has clever graphics for you to take in as you move through the game.

There are three main bonus features for you to take advantage of which are the free spins, Second Chance feature, and the Hyperspins all of which add excitement to the game and increase your chances of winning much more substantial cash prizes as you play.

With multiple high paying symbols to look out for during this game, the man with the green top hot acting as the Wizard is the highest paying symbol that may appear on your reel, so aligning at least three of him can make a significant impact on your credit.

Aligning five of this symbol will increase your initial stake by 500 times, so it is definitely worth watching out for him!

This may be a high variance slots game but with such a low minimum bet level, this is a really easily accessible game financially and you will easily reap your rewards as you play this game.

This is thanks to the promising RTP of the game that is 96.6% so winning is never too far away! All you have to do is follow the yellow brick road! If you enjoyed this game why not also check Beowulf slot too?