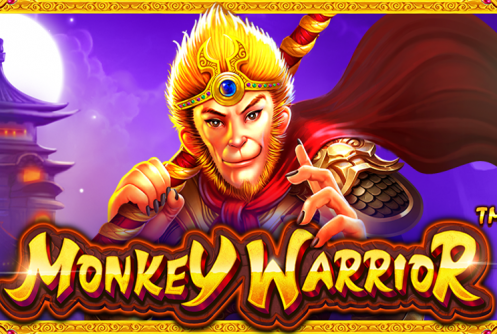 Monkey Warrior is an online slots game from Pragmatic Play. It is one of several games that use 1980s TV show Monkey as their theme.

Monkey was, as more literate and culturally aware readers may know. Based on a classic Chinese 16th-century novel ‘Journey to the West’.

If you enjoy playing slots online and you are familiar with either the TV show or the Chinese novel. You should find plenty to enjoy in this slots game.

By trying this game on Starslots you also have the chance to win 500 Free Spins on Starburst by spinning the Mega Reel.

About the Bonus Features of Monkey Warrior Online Slot

Monkey Warrior is a five-reel slot that has three rows and a massive 2443 paylines. The reels are framed in ornate gold.

You will see Pigsy, Sandy and Tripitaka. You should be able to recognise which of these is which if you have seen the Monkey TV show. Other high-value symbols include a bottle of green potion and a scroll.

Monkey himself is the game’s wild symbol. He will substitute for all standard value symbols to create new winning combinations.

The only symbols that Monkey cannot replace are the game’s bonus symbols. In this slot game they are the staff and the pink flower. If you land three of the staff anywhere on reels two, three and four then you will trigger the Free Spins feature.This awards you eight free spins initially, though you can pick up more during the feature.

If you spin in six of the pink flower symbol you will trigger the Money Respin feature.  Which changes the shape of the reels and offers. The chance to pick up a win by choosing from three treasure chests. 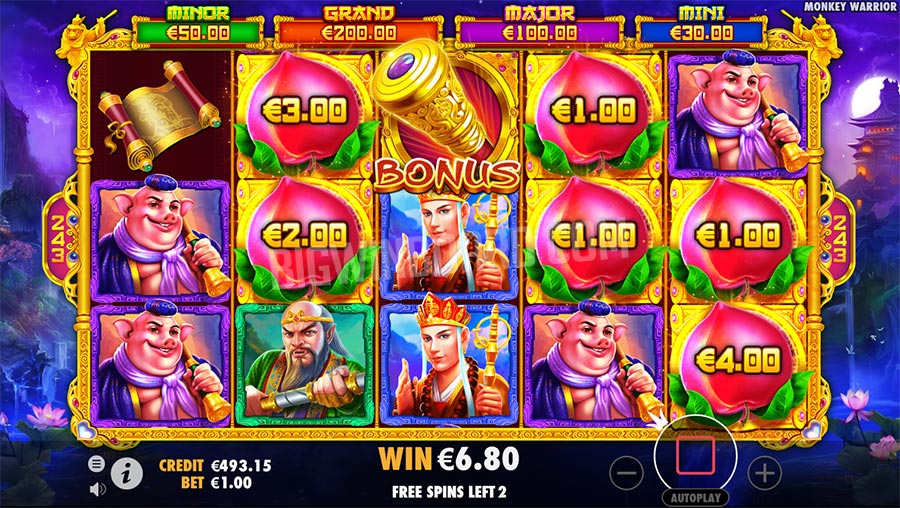 Pragmatic Play is one of the newer online slots game developers. Having been founded as recently as 2015. Based on the Maltese town of Sliema, they also have offices in the UK and Gibraltar.

As well as in Romania, Ukraine and India. In 2017, Pragmatic won three prestigious awards at the Malta iGaming Awards. Such as the Best Digital Company of the Year, Best Gamified Experience Company and Best HR Director of the Year.

Pragmatic’s gaming products hold licences from two of the world’s most stringent and strict gambling regulatory bodies. Another sign of the high quality for Pragmatic Plays.

These two bodies are the UK Gambling Commission and the Malta Gaming Authority. Any company licensed by these bodies meets exceptional standards of fairness and quality in their games.

Other titles in the Pragmatic Play range include:

Monkey Warrior is a good online casino slots game. Which has a couple of really interesting and entertaining bonus features.

The graphics are good, with the character symbols especially well-designed and rendered. The gameplay is smooth and slick. The soundtrack helps to create an immersive gaming experience for you. You will particularly enjoy this game if you are familiar with Monkey.

But anyone will find plenty of entertainment in its bonus features. Look out for Monkey Warrior in your favourite online UK casino! If you are not a fun of action-themed slot games, why not have a look at the Mercy of the Gods slot?