Clamber aboard a spooky ghost ship to lay claim to the lost sunken treasure all whilst playing one of the more aesthetically pleasing free slots online games on the market. This is a slot that looks great and feels even better to play. But who are the masterminds behind such a triumph?

Pirates Plenty is a slot game that is brought to us by Red Tiger Gaming. This is a company made up entirely of slot games veterans, striving to create only the best slot material. You may be familiar with some of their work as they are behind such slot gaming gems as:

All of these games are perfectly designed and really radiate that feeling of a slot game developer that cares about their product. Check out the hundreds of slot games on Star Slots to see whether you can find another company that cares this much. Or just enjoy and play slot games.

Just because a slot looks good does not necessarily mean it plays well. So, how does Pirates Plenty work? 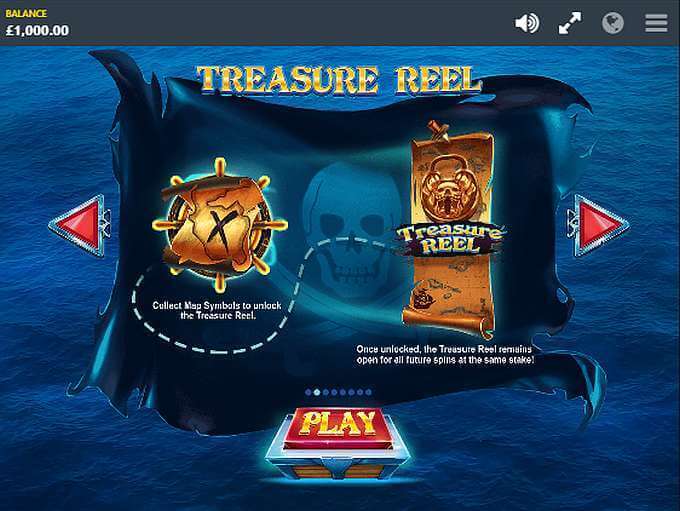 To keep the pirate theme going, you will be winning cons here instead of a generic multiplier. To win this, the player has to match up 3, 4, or 5 of the slot games symbols across one of the 20 possible pay lines to win.

Across the 5 reels we have royal card symbols, some rum, muskets, cannons and a pirate hat. Landing these on a pay line is good but what you really want to be landing is the spooky skull. This will reward players with 50x their wager for landing 5 in a pay line.

It isn’t just the main game that has got slots players talking. If you like free spins then you are in for a treat. 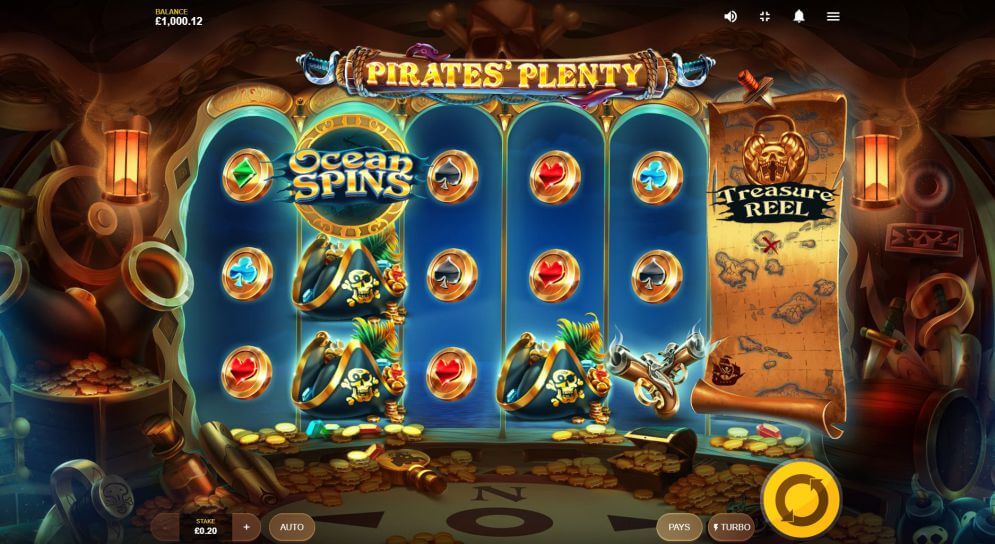 To kick things off with the bonus features we have the standard wild symbol which is the ship in a bottle symbol. This one will take the standard duty of a wild and finish pay lines but will also expand across the reel to complete more unfinished pay lines. If you are lucky enough to land this wild with the treasure reel feature then you will earn a higher multiplier. More on the treasure reel in a bit.

The second wild symbol takes form a monkey. Landing this on a spin will grant players with a free spin, one where all of the low paying card symbols are removed. That means more chances of winning big. You can always win big at Star Slots, the home of the best online slot games.

Now, about that treasure reel that I mentioned before. During the main game there are treasure maps on the reels. Land one of these and you will collect it to fill up a meter. Once the meter is full you will receive the multiplier bonus from the ship wild that I mentioned previously.

These treasure maps are not only collected but also act as the slot games scatter. Land 3 of these in a pay line and the player is rewarded with 10 free spins. During a free spin, the ghost pirate ship will appear. Land this and the treasure chests surrounding the reels will be opened. With the chest open, the player is awarded more free spins only this time the low paying card symbols are turned into the wild symbols. How’s that for some crazy fun.

If you were confused by the word ‘plenty’ in the title you no longer need to be. This is one of those rare slot games that offers the player plenty. Even 500 free starburst spins on Star Slots is considered small in comparison.

There are plenty of chances to win in the main game, plenty of bonus features and plenty of free spins. The way that Red Tiger Gaming has interwoven the bonus rounds is something to envy and so I highly recommend giving this slot a try.

If you don't think this is the right game for you, why not try Kingdom of the Sun: Golden Age Slot instead.