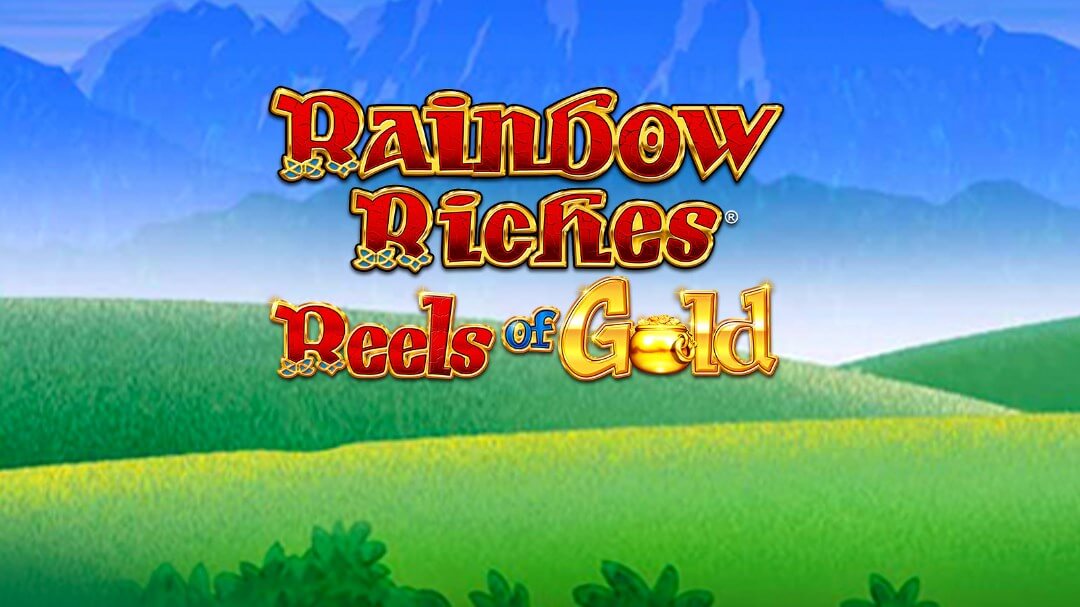 Rainbow Riches Reels of Gold by Barcrest is a 10 reel, 100 payline free slots game. You can enjoy it on free spins casino Star Slots. Some of the features in the game include; stacked wilds, WMS’ Colossal Reels, free spins, symbol upgrades, a 5x multiplier, Big Bet Mode that gives you access to up to 50 free spins, and more surprises.

Stakes in the game start from 10p to £500 a spin on all iOS and Android PCs, smartphones and tablets. More on how this game works below.

Barcrest started operating in 1968. They’re a UK based company. In the 70s to 90s, nearly all the slot machines in British casinos, pubs, and gaming halls were opened by Barcrest. They were extremely popular those days, back when there was no other gaming medium like the internet. 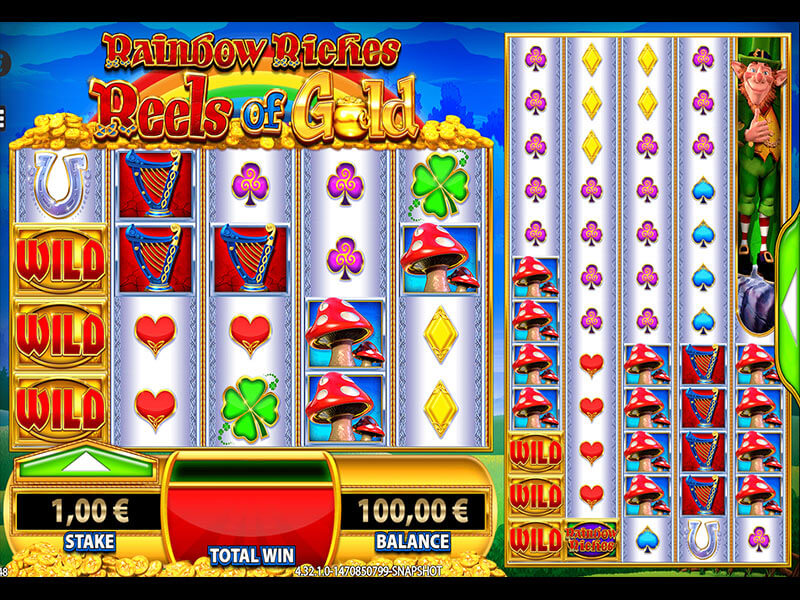 Playing Rainbow Riches Reels of Gold - What to Expect

Rainbow Riches Reels of Gold is available to play on free spins site Star Slots. The game has got a colourful Irish luck theme. Symbols on the reels include; rainbows, mushrooms, harps, a lucky leprechaun, a 4-leaf clovers, and horseshoes.

The lucky leprechaun awards the highest payout in the game where a player receives 500x a stake if they manage to land 5 on a payline. The lucky leprechaun can also appear as a stacked symbol on some of the reels. The first thing you see when you start up the slot is its unusual layout. It has got a 5x4 reel setup with 5x12 Colossal Reels appearing on the right.

The wild symbol in the game is represented by the Rainbow Riches symbol. It turns wild whenever it forms part of a winning combination. The wild can substitute other symbols in the game except the Free Spin symbol. When a full reel of Rainbow Riches symbols appears on the main reel set, each of the symbols that were stacked gets transferred to an adjacent blank reel on the  Colossal Reel section. 2 or 3 colossal reels could mean a huge win. 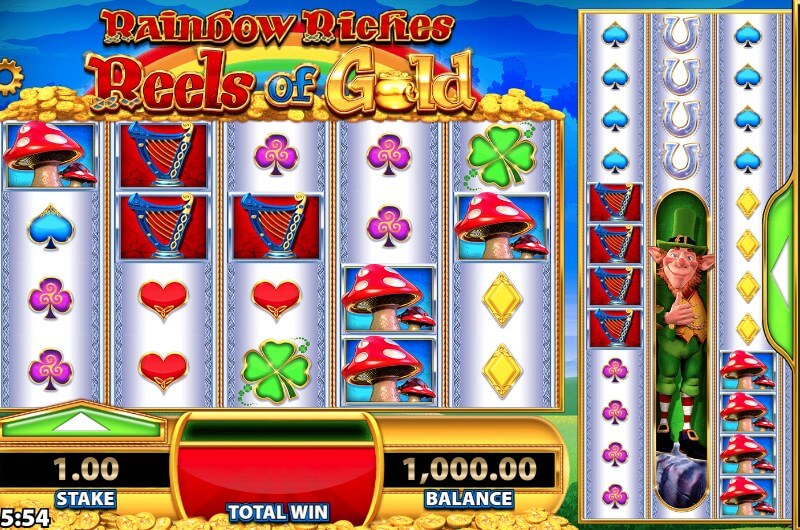 A magical fairy appears in the base game at random and strikes the reels to trigger 7 mini-features as follows;

The more picks you get, the more free spins you can win.

Our Verdict on Rainbow Riches Reels of Gold Online Slot

If you like what you see so far, check out more on free spins casino Star Slots. Rainbow Riches Reels of Gold is one of the most popular Barcrest online slot games and it is easy to see why. Not only do lovers of Irish themed slots get a visual treat with the HD theme, but they also get to access a variety of features.

The variance of the game lies in the middle and it promises bug wins from all its features. The maximum possible payout from the game is 500x your stake on each spin. The stacked wilds land in plenty, it is possible to encounter 3 fully wild reels. If you like the Rainbow Riches series, you will enjoy playing Rainbow Riches Reels of Gold.

If you don't think this is the right game for you, why not try Rainbow Cash Pots Slot instead.