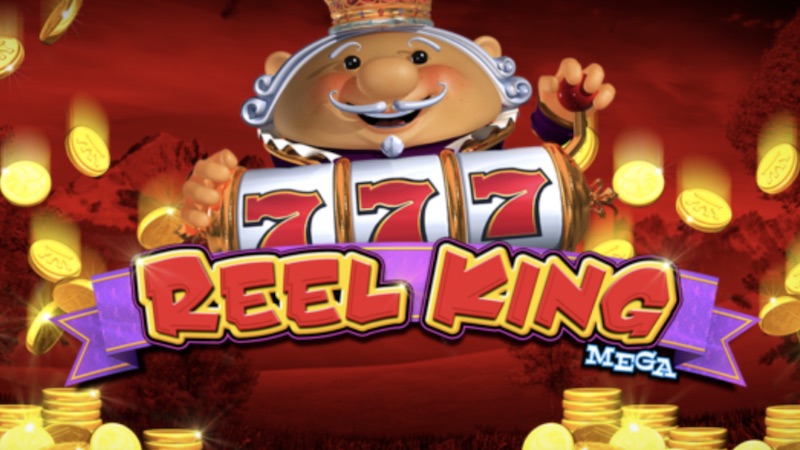 This game is based on a theme of a cartoon king ruling over a casino. There is no real story to drive the action along, and the reels use classic symbols that you can see on fruit machines throughout the world. This includes cherries, plums and assorted letters and numbers.

The game is one instalment in a series of games based around the character of the Reel King. If you like playing slots games online you have probably seen one of the other games in the series.

They are available in most favourable online casinos. Here, we’ll take a closer look at the game and all of its aspects, so you can get a clearer picture of what this online slots game is like.

You can also find out a little bit more about Red Tiger and their range of other online casino games.

If you decide to play this game on Star Slots, then you will get the chance to spin the Mega Reel and win up to 500 Starburst free spins!

The symbols are beautifully rendered. You will see the letters J, Q, K and A used as lower value symbols on the reels.

The most valuable symbol is the pot of gold coins, as this will award you a win of five, 10 or 25 times your stake.

This can depend on whether three, four or five of the symbol spin in on the reels. All symbols in the game can also expand to fit 2x2 spaces on the reels.

This boosts your chances of winning. The jester’s hat is the game’s wild symbol, and this can substitute for all other symbols on the reels to create winning combinations for you.

You also need to look out for the Reel King’s crown symbol, which can spin in on any spin. It will bounce around the reels after it has appeared, with any symbol it touches turning into a wild.

A new win value will be calculated for you with the new wilds in place on the reels. This is called the King’s Crown feature.

This online slots other bonus feature is the Reel King feature. This is triggered when all the reels have turned gold. The reels can turn gold at any time, and will usually do so on an individual basis.

Once they have all turned gold, the Reel King himself will drop onto the screen, with three extra reels emblazoned across his belly. These reels contain sevens of various colours, and the size of the prizes you win depends on the combination of colours that spins in.

Three yellow sevens add yet more value, with the multiplier being 10 times your stake. If you’re lucky enough to spin in three red sevens, the multiplier is 25 times.

Your first win in this feature will always be a winner, and the spins will continue until one contains a blank and you don’t win.

About Red Tiger Gaming and Their Other Slot Games

Red Tiger Gaming is a British games developer that has been around since 2014. It was founded by a group of gaming experts, mathematicians and entrepreneurs.

They were from across Europe and Asia, who decided to pool their expertise in a new venture. Based on the Isle of Man, this innovative and adventurous gaming company has quickly developed a reputation for quality.

Many of their games utilise an innovative HTML5 framework that allows for High Definition graphics to be used. This obviously adds a touch of real class to Red Tiger’s online casino offerings. Using this HTML5 framework also means that games can be played on a wide range of devices of different sizes.

Red Tiger’s licensed from the UK Gambling Commission and the Malta Gaming Authority. They are two of the world’s most stringent gambling regulatory bodies.

The company has also picked up an array of gaming industry awards, which help to reinforce this reputation for quality.

Some of these awards were picked up as recently as this year. In June 2019, Red Tiger Gaming won the EGR B2B awards for Mobile Gaming Software Supplier and Innovation in Mobile.

They also picked up the Gaming Intelligence Award for Casino Supplier of the Year in February 2019. Red Tiger also has partnerships with a number of key players in the gambling industry, including William Hill, Paddy Power and Poker Stars.

If you enjoy playing slots online you are sure to come across some of Red Tiger’s games at your favoured online casino. Here are a few of the other games in their award-winning range of titles:

This game is based around a simple theme and the design of the reels is very basic and plain. This game offers plenty of great entertainment to anyone who likes playing slots online.

The graphics looked really slick, despite the game having a very basic layout. The simplicity of the game actually adds a touch of class to proceedings. This is an unpretentious online slots game that is not trying to break the mould.

Rather, this game is looking to provide solid entertainment to fans of online fruit machines, something it does offer in spades.

The bonus features are potentially very lucrative and offer plenty of fun as well as the chance to take home big prizes. We highly recommend Reel King Mega as a great game for all fans of online slots gaming.

Look out for it in your favourite online UK casino.If you don't fancy playing this particular slot machine, then you have to check out Pride and Prey slot.