Join the legendary Norse legends as they set sail and prepare for many battles at sea. Only the best Vikings will take home the treasure. Will that Viking be you? Vikings Go Wild is a 5 reel and 25 payline slot by Yggdrasil Gaming with a Norse mythology theme.

It is based on some of the toughest beings from the past; Vikings. The design is striking, the audio is vicious and the gameplay is very exciting.

There are plenty of fantastic features in this online slot that will keep you gripped including a free spins feature where you’ll start off with 24 free spins and a treasure chest feature with lots of big prizes up for grabs.

About Yggdrasil Gaming and Their Other Games

They have even won several awards over the years for their games including ‘Innovator of the Year’ at The International Gaming Awards in 2019.

To make their games stand out from the crowd, Yggdrasil Gaming uses the latest cutting-edge technology. They combine this modern technology with beautiful 3D animations, innovative themes, and top-quality audio to make something truly amazing.

Yggdrasil Gaming has a great portfolio of casino games including video slots, scratch cards, and jackpots.

To keep players interested and excited, Yggdrasil Gaming brings out new and unique online slots throughout the year so you always have something to look forward to. If you enjoyed Vikings Go Wild then make sure to check out these Yggdrasil Gaming titles next:

Viking-themed slot games are very popular because they are so fierce, engaging and exciting. Vikings Go Wild is another slot based on the wild Vikings that you’re sure to love.

What are you waiting for, you’re prepared for battle, right? Hit spin to find out if you have what it takes to become a rich and noble Viking!

Vikings Go Wild is a 5 reel and 25 payline slot by Yggdrasil Gaming. Of course, Vikings Go Wild has a Viking theme with a striking design to go with it.

The reels are displayed inside a grand Viking ship which is intricately carved into a mysterious dragon. The symbols that fill the reels include various Viking characters, the great Viking ship, green coins, bronze coins, silver coins, and gold coins.

Coin symbols - The green coin is the least rewarding symbol in this slot and landing 5 of these will reward you with 50x your stake.

Vikings that land during this feature have the power to turn sticky. If the Viking can successfully fight the sea creature then it will become a sticky wild. These symbols will remain sticky until the feature ends. 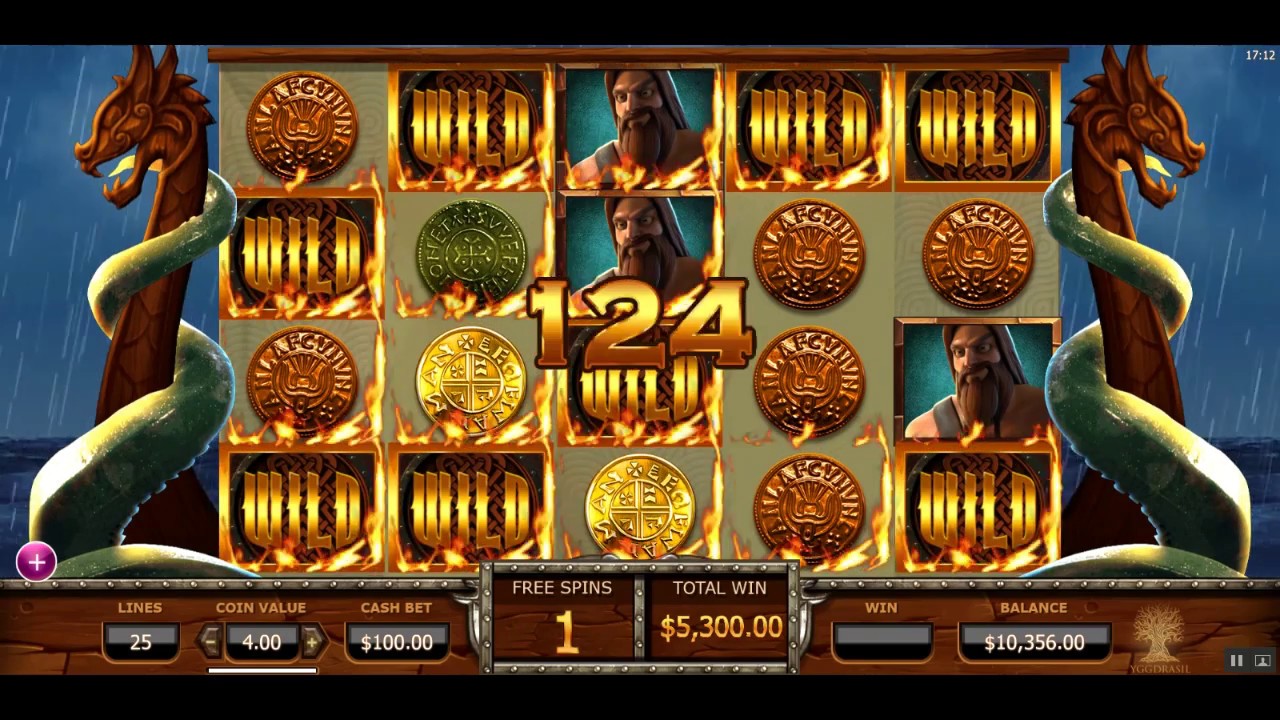 Vikings Go Wild has to be one of Yggdrasil Gaming’s top online slots. It’s actually one of their most popular online slots and it’s definitely a good one.

The theme is consistent throughout with a gripping soundtrack, feisty features and 3D animations with lots of character. If you’re up for a thrilling Viking adventure then this is the slot for you.

Vikings Go Wild is a very fun slot with lots of fantastic features. Make sure to keep an eye out for the blue Viking as he is the most rewarding offering up to 250x your stake for landing 5 on a line.

If you enjoy slots with a Viking theme then we highly recommend you check out the Vikings Go Wild sequel, Vikings Go Berzerk, Vikings Go to Hell or Viking Gods.