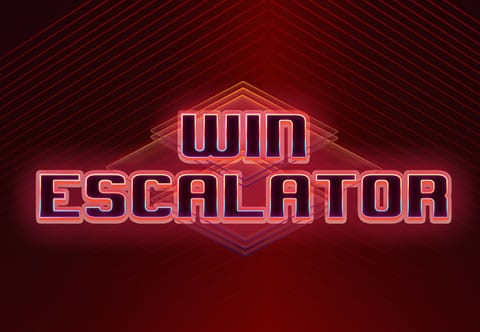 Win Escalator is an online slots game from Red Tiger Gaming. It is a very basic game. Which relies purely on the entertainment of its gameplay to provide entertainment.

As there is no theme or narrative tale to provide symbols and characters. This game is like one of the old-style fruit machines that you would find in an arcade or casino in the 20th century. Read on to discover more about Win Escalator and the company behind it.

Play Win Escalator on Starslots for the chance to spin the Mega Reel to win free spins on a number of popular slot games.

About the Bonus Features of Win Escalator 2019 Slot

Win Escalator has four reels and three rows. There are just three paylines. Something which gives you a strong indication as to the basic nature of this game.

Basic does not mean that this game is rough or rustic, though. It is quite the opposite in fact. The game looks very slick and sophisticated, thanks to the high quality of the graphics.

Most of the symbols that you will see UK online slot are fruit. Such as grapes, cherries and watermelons. The kind of symbols that fans of fruit machines will be very familiar with.

Other symbols are also traditional fruit machine symbols. Such as a red seven, a golden bell, a silver star and a horseshoe emblazoned with clover.

The game’s wild symbol is a diamond. This will replace all other symbols to create winning combinations for you. The Free Spins symbol is the game’s bonus symbol.

If you land three of these in view anywhere you will receive an initial 10 free spins. Though this number can rise as you play the feature. The Wild Escalator feature is triggered whenever a wild symbol is in view.

That wild remains on the reels, dropping down one slot which each subsequent spin. More than one wild can be in view at any one time. 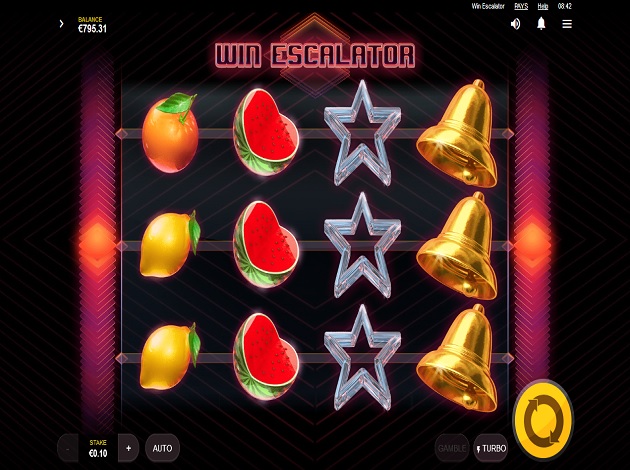 About Red Tiger Gaming and Their Other Games

Red Tiger Gaming is a games development company from the United Kingdom. Which was founded in 2014. Although a relatively new player in the online fruit machines market.

The company has quickly established a strong reputation for the high quality. The company was founded by a group of Asian and European gaming. Considered experts and entrepreneurs who decided to pool their talents and create something new.

Red Tiger’s games deploy the HTML5 framework. This allows them to use High Definition graphics in their games. Which heightening the immersive nature of playing a Red Tiger title.

The HTML5 framework also means that the games can be played on a wide variety of devices of different sizes. Another hallmark of Red Tiger’s games is their use of innovative features such as ceiling jackpots, which are considered amongst the best slot games.

Other games from Red Tiger’s range include:

Win Escalator is the type of online slot game that will appeal to purists and nostalgia fans. The lack of a storyline or over-arching theme means that the game has to rely on its game mechanics. Provide entertainment, and it does not disappoint.

There are plenty of free spins for you to pick up as you play the game. Make sure you look out for Win Escalator in your favourite online UK casino! If this game is not your favourite type, then why not check out Sherlock of London slot?