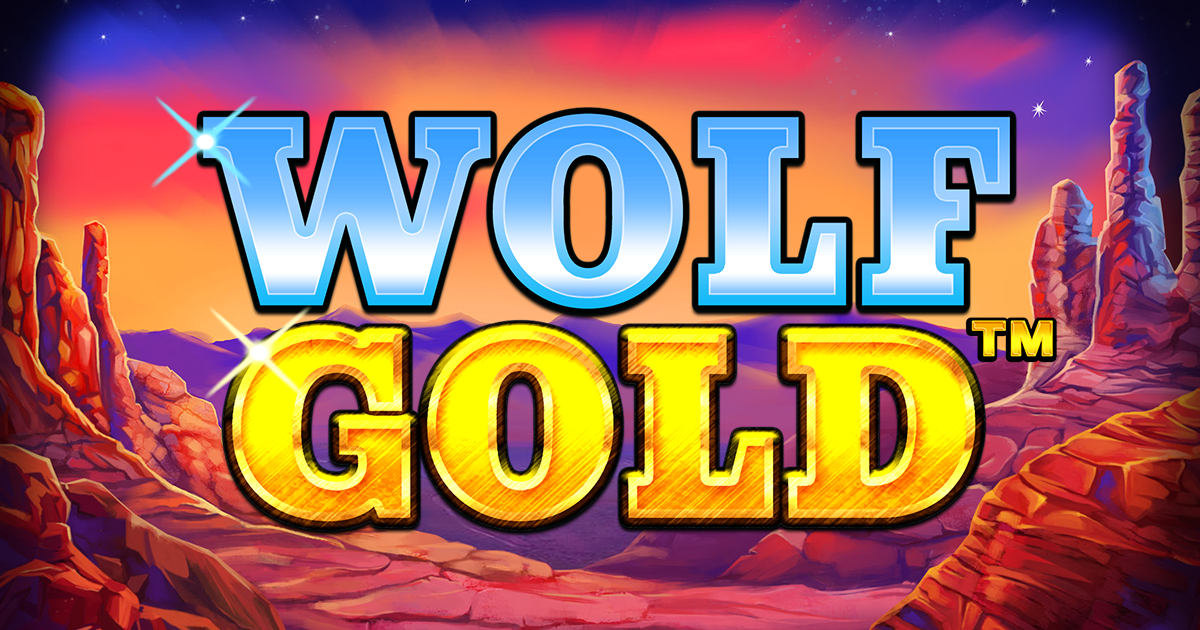 Howl Your Way To The Bank!

They say that all humans have a deep spiritual connection with dogs. This has evolved through hundreds of thousands of years.

Dogs and humans have co-existed, in fact, humans have had a pivotal role in manufacturing the transformation of dogs from wolfs.  In the online slot Wolf Gold from developer Pragmatic Play, this relationship is explored!

This slot takes you out into the wild. Taking you somewhere that’s gone relatively untouched by humans. A place where great treasures await the willing!

Wolf Gold is a 5 reel by 25 pay line game of UK online slots, the sort of game that pretty much any online gamer can pick up and play!

Don’t go thinking that this is an overly simple game either, this slot is jam-packed full of hidden bonuses and more! We’d advise you to take a couple of hours out of your day to play this one to get the more out of this one! Play great games on Star Slots, and receive starburst free spins.

One can play Wolf Gold from as little as 25p up to around £125 on all devices. This includes mobile devices, which means you can play whenever and wherever!

Pragmatic Play has never shied away from a good challenge. On paper, Wolf Gold might not sound all that interesting. But, somehow, this game is leaps and bound better than its peers!

Check out the rest of the review below for more info on Wolf Gold! Learn more about best slot games here.

Founded in August of 2015, developer Pragmatic Play is widely considered one of the very best online gaming developers. This is thanks mostly to their creative output.

And, it is brought about through countless online games! Players can’t seem to get enough of their games, we included. There’s just something about them that makes you want to keep coming back for more. This is despite having already poured hours into them as is!

Pragmatic Play has various offices stationed across the globe. All of them deal with various different aspects of the online developer job.

It’s clear that these guys are setting themselves up for more years in charge as one of the leading developers moving forward. Like what you see in Wolf Gold? Check out some of the following games for more:

Let us set the scene for you so that you have an idea of what to expect with this one. It’s daybreak, and all of nature's finest creatures have come out to play, bringing with them bucket-fulls of cash that you can win if you know what you’re doing. Wolf Gold represents one of the best games you’ll play all year, that we promise you.

Attention to detail is key in these games, fall short of this mark, and your game just won’t be played, it’s that simple.

Wolf Gold clearly knows what it is and what it wants to achieve. Everything in this release is so smooth! This varies from the graphics to the soundtrack, it all has it’s place and only adds to the experience of playing! Rewarding is the word that comes to mind when thinking of Wolf Gold. 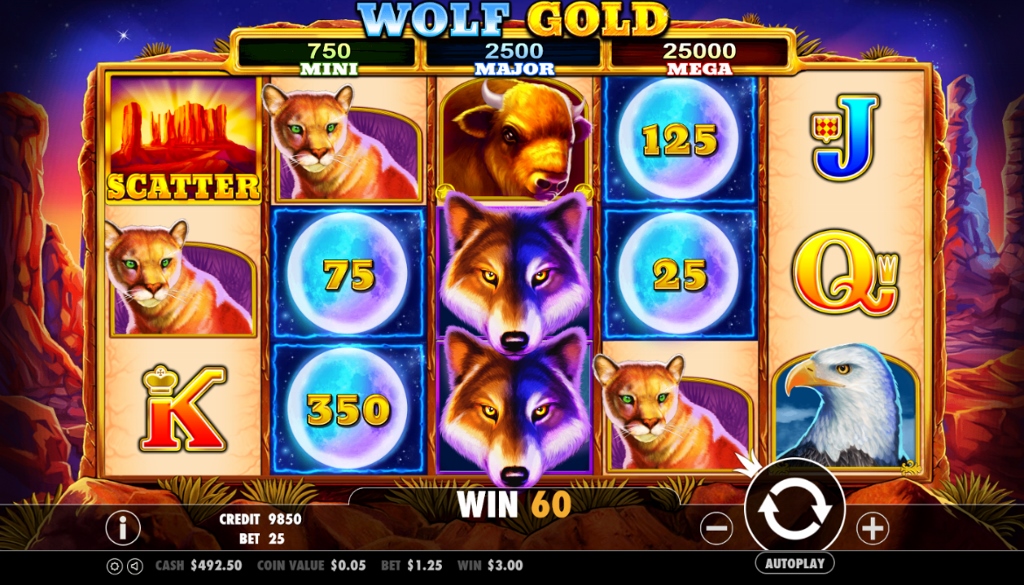 All symbols in Wolf Gold serve a specific purpose. Each symbol has been expertly crafted to give punters some variation in how they play and win.

Symbols in Wolf Gold include eagles, horses, and mountain lions amongst others. Each of these symbols offers something different in terms of scores. So, be sure to play often enough to see what each of them can do for you.

If you’re looking for the highest-scoring symbol on the board here, then look no further than the buffalo. If you land up to 5 of this symbol, and you’ll win up to 20x your initial stake.

There’s plenty of bonus symbols here too, but we’ll get to those later in the review as they deserve their own section for obvious reasons.

You’ll notice various letter symbols on the board here, too. These are the games chosen low-value symbols that will add to your scores in small packages.

It goes without saying guys, but the more symbols you can match, the better your scores will ultimately be! We’d recommend taking a look at the paytable before you play to give you an idea on what to look out for in the heat of play.

An autoplay mode is available here, like in most Pragmatic Play titles. This is a fantastic feature which allows players to select a specific number of games that they want the computer to play for them!

To activate this mode, all you need to do is choose however, many games you want the CPU to play for you and hit spin. We should point out that you can stop/start this mode at any time.

Before you can play, you will need to select your coin/bet amounts, accordingly. This can be done at the bottom of the screen using the appropriate arrow keys.

Coins range from as little as 0.25 up to around 125.00, so there’s plenty of ways to play when you think about it! Or if find that you want to just jump straight into things then you can hit the max bet button, and the game will spin right there and then.

Wild: The desert fox is this slots chosen a wild symbol, a symbol that can change the shake the game up massively! Match this symbol, and you’ll cause the reels to rotate symbols accordingly, causing more scatters to enter the fray.

Wilds are incredibly common in Wolf Gold, so try to use them as often as possible. This is a great feature in the popular Bonanza slot game.

Scatter: Scatter symbols come more frequently when one is matching the wild symbols directly. Scatters should be at the top of your list of things to look out for. This is because they grant access to the free spins bonus. This is arguably the best way of earning big cash quickly in Wolf Gold.

Free Spins: Match a specific number of scatter symbols, and you’ll unlock access into x amount of free spins as a result. Free spins come with multipliers, multipliers that will throw your scores higher than they’ve ever gone before. Want your scores to soar like an eagle? Get into the free games!