Boss the Lotto is a lotto game, unlike all the rest. Instead of picking just 5, 6 or 7 numbers and waiting for a draw held against millions of other players, this is a solo game that tests your luck to its absolute limits.

Boss the Lotto has a return to player of 94% with a betting range set between 50p and £200 per game.

The lotto game Boss the Lotto is portrayed as if it were a live game show on T.V. Of course, this is not a live game; however, all of the presentations have gone into making it feel like one. From the blocky title screen to the lights in the main game, Boss the Lotto's theme is about creating that Saturday night gameshow atmosphere.

The balls that the player needs to choose are lined up in 6 rows. Each of these is lit with different colours descending from pinks to dark blue and then light blue. The rest of the game is darkened to make these balls seem on a stage or a live studio. The sound effects are great, and it makes the player feel the tension of a lotto game.

Boss the Lotto is great, but it is not the only alternative lotto game out there. If you like a taste of something different, why not try out: 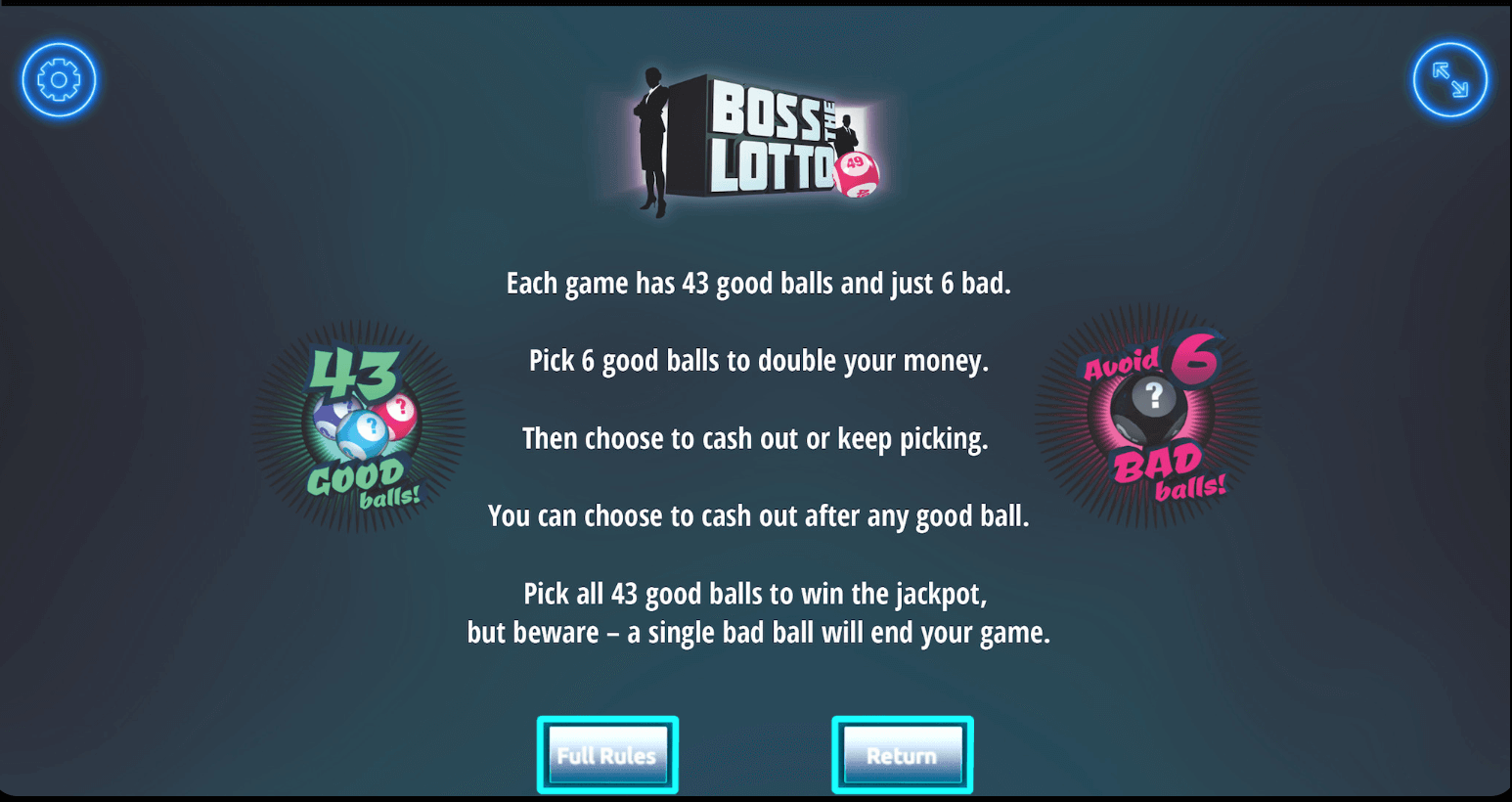 How to Play Boss the Lotto Slot

This is not a lotto game about selecting some numbers on a ticket and waiting to beat millions of other players to the prize. Instead, when booting up a game of Boss the Lotto the player will be presented with 49 balls in random order. 43 of these random balls will have a pound sign on the other side, and 6 will not.

The player needs to turn the balls in order and reveal the pound signs. The more pound signs the player reveals the higher your winnings will climb. However, landing one of the 6 empty balls, known as bad balls, will break the streak and end the game.

As you can see, Boss the Lotto is all about testing your luck to the fullest to see how far along the chain the player can go. Do you risk one more ball or check out when you've gone high enough. This lotto game will test your limits.

Use this deposit to play Boss the Lotto or any number of great slot game available on Star Slots. 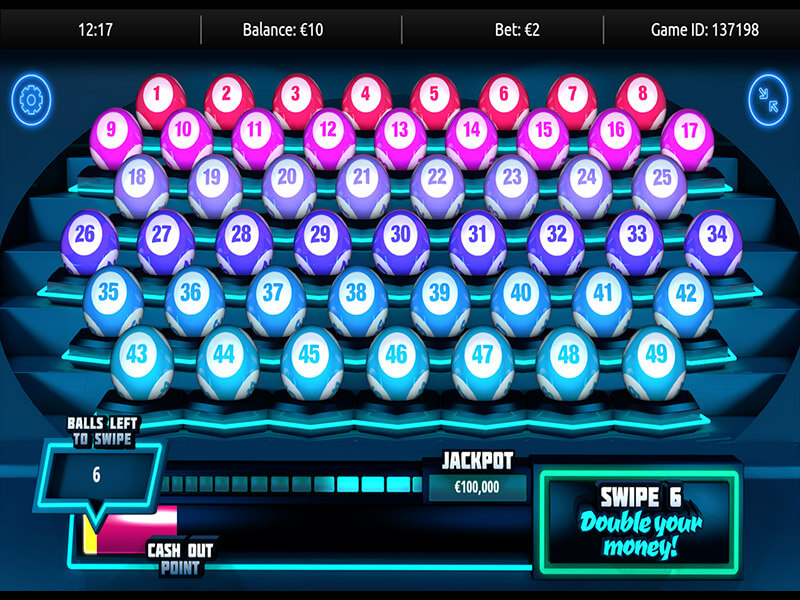 One of the most important steps in trying out a new game is becoming familiar with the numbers involved. In Boss the Lotto, there are a few factors to consider, such as:

Check out all there is to know about Boss the Lotto in the table down below.

*All of the above values are subject to change at anytime.

This is a highly brutal game of luck. The player must reveal all 43 good balls in a row without sniffing out one of the dreaded bad balls. As such, there are no additional bonus features in Boss the Lotto. That may come as a shame to some; however, that is the nature of a lotto game.

The tense pace set by the Boss the Lotto game would most likely be shattered with the addition of bonus features, and so what would normally come as a negative for a casino game is a positive here.

Should you play Boss the Lotto Online Slot?

This is a lotto game that may not be right for some people. The gameplay's high stakes and tense atmosphere alone is enough to turn off some casual players. However, players searching for a fun and fast-paced game of chance can do far worse than Boss the Lotto.

If it sounds like the game for you, try out Boss the Lotto at Star Slots to garner your impression. I think this is a great variation for a lotto game and deserves a score of 7/9.

Before wrapping up, some lingering questions need answering about Boss the Lotto. Here are some frequently asked questions.

Is Boss the Lotto available on mobile?

Boss the Lotto is playable on both desktop and mobile devices.

What is the return to player rate for Boss the Lotto?

The RTP rate for this lotto game is 94%. That means the casino's house edge is 6%.

What are the odds of a player spinning all the good balls?