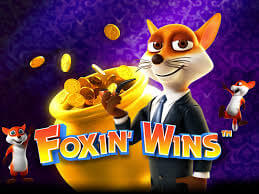 Foxin' Wins is a five-reel star spins slots game from top developers, NextGen. Offering 25 fixed pay-lines, the slot has a cartoon style with a fox in a tuxedo as the main character. The slot offers different bonus features that add to the simple gameplay's fun, including wilds, scatters, free spins, and cash bonuses.

You can try out Foxin' Wins at Star Slots and grab the Starburst free spins once you sign up.

About NextGen - The Pioneers behind Foxin’ Wins Slot

Foxin' Wins is a creation of NextGen Gaming, a leading developer in the casino industry. They have been in the industry since the late 90s and have since made a name for themselves as innovative and creative developers.

Their best slot games always offer topnotch graphics, fantastic cash prizes, excellent gameplay, and original themes that keep players coming back. Some of the popular slots from this developer include:

You can play online slots like Foxin’ Wins and others from NextGen when you sign up at Star Slots for your casino games. 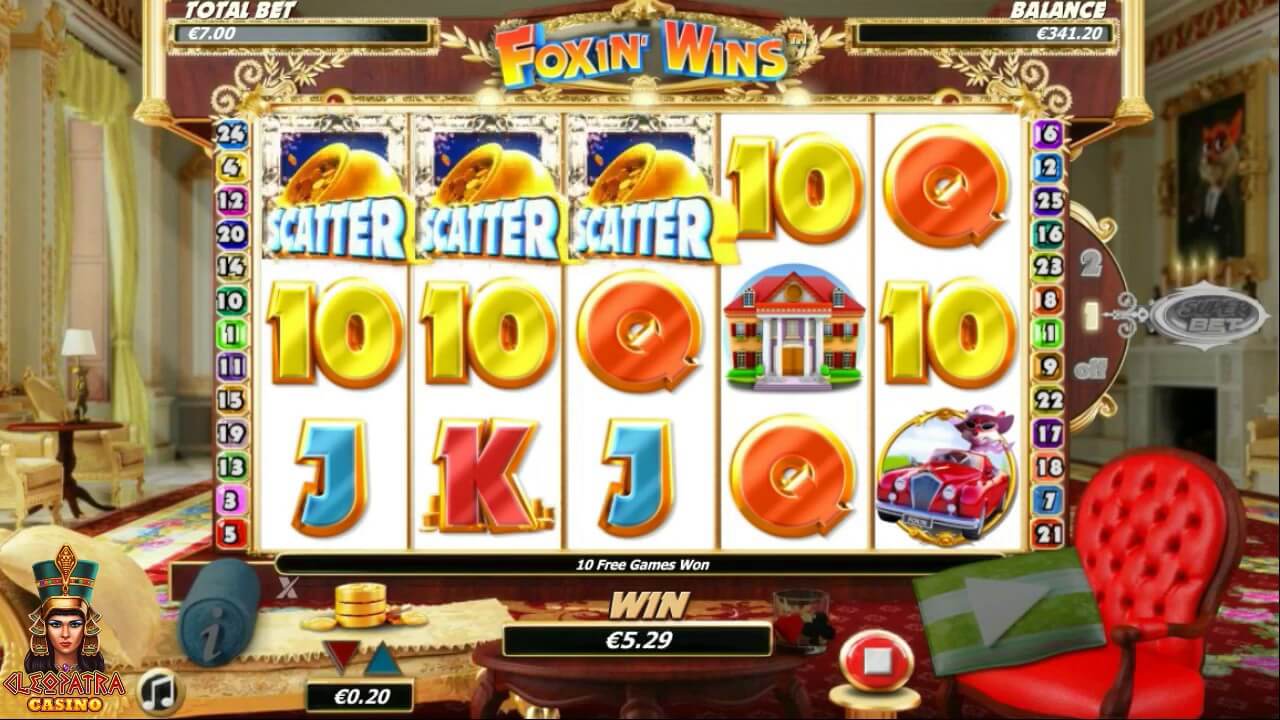 Foxin' Wins is played on five reels and three rows, with 25 pay-lines that cannot be adjusted. It does not offer any notable changes to the gameplay, so as long as you know how to play slots, you can quickly get started with this game. Form a combination of three or more symbols across the reels.

The slot's theme is based on a rich fox, hence the reason he's wearing a tuxedo. The reels are set against a luxurious living room with gold plated tables and chairs, and a massive portrait of the fox who owns the riches. The graphics are cartoon-style with different sound effects that attempt to bring the game to life.

There are low-value symbols on the reels, including 9, 10, K, Q, J, and A, which offer payouts up to 200x your stake. The higher paying symbols are a mansion, a roll of money, and the fox in an expensive car.

Foxin' Wins offers an extensive betting range, probably because of the Super bet feature that players can use. If you use this feature, wilds are added to the reels as you play. You can place bets between 0.25 and 1,250 coins.

The highest win you can make in the base game is 2,000x your stake, which you get by landing five wilds on the pay-line. This means that you can win up to 2,500,000 coins at this slot! 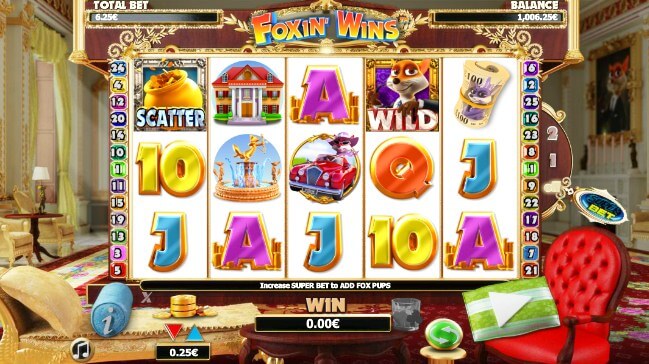 Foxin' Wins also offers some exciting bonuses that increase the fun of the game.

This online slot is stacked with fantastic bonuses, and you can start enjoying them when you sign up at Star Slots. Plus, you can win 500 free Starburst spins!

Foxin' Wins is an impressive slot, and there's nothing that a player won't like. The payout is massive, the bonus features are rewarding, and the gameplay is simple. The betting range also allows any player to give the game a try, and you can increase your chances of winning with the Super bet. Start spinning the reels on Foxin' Wins today at Star Slots.

If you enjoyed our review of this game, why not learn more about Fortunium Slot too?