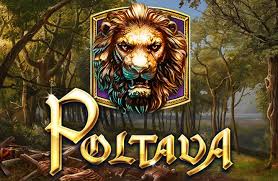 Gather the troops for a video slot game that does things a little differently. This slot game may be based around the ever serious topic of the wars during the reign of the Normans, but it still finds a way to keep things fun.

This isn’t your regular slot game fair, however. You can surf through all of the free slots online games on star slots and you will be hard pressed to find one quite like this. So, what makes Poltava such an interesting game? First, let’s look at who made this game as it might offer up some clues.

About ELK Studios - The Developers of Poltava Slot

ELK studios are an established slot game developer that mainly publish and create slots designed to be played on mobile. You may have tried some of their previous games on Star Slots, the home of the best to play slot games.

Their previous slots include:

By playing Poltava, you will understand why it took a studio as creative and versatile as ELK to create such a great video slot experience. So, what is all the fuss about? Let’s take a look at Poltava. 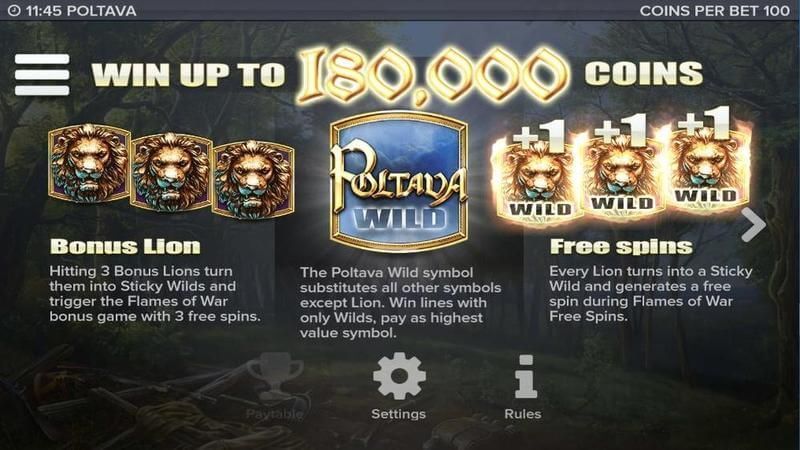 About Poltava Gameplay and Symbols

This 5 reel slot game tries to do something a bit different. Bet anywhere between 0.20 and 100 to take advantage of this game and see what lies in store. The slot has an RTP rate of 96%. There aren’t many slots on star slots that can boast that.

When you match 4 of the same symbol, the 5th reel will suddenly be adorned with symbols and you will be rewarded with a free spin. If you land that symbol on this reel again, the troops that you have matched will march to the right. The idea in Poltava is to get the symbols on the far left hand reel to the right.

What a great and unique way to change the gameplay in a slot game. Instead of placing a bet to match a pay line, you bet on the symbols that you move across the reels. But the differences don’t stop there. 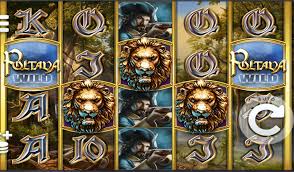 There are also lion symbols on the reels which act as the game's wild symbol. If you land 3 after a spin you will be rewarded with 3 free spins. During these free spins, the wilds will still mean that you will have more chances to complete those pay lines and move those soldiers. If you land more of the lions, you will win more free spins.

The more lions you land, the more free spins that you will win. That is more in line with what we have come to expect from the regular slot games at Star Slots.

In terms of bonus features, that is it with Poltava. This isn’t a negative though. The main game is interesting enough that more bonus features may complicate matters. Therefore, the one bonus feature available actually serves to highlight the fun of the main game.

Our Verdict on Poltava Online Slot

As with most slot games designed for mobile, Poltava does something different than most other games that are available on casino sites like Star Slots. It is all about moving symbols across pay lines rather than simply matching them and that adds a lot more than you might think to a game like this.

You won’t find much outside of this main game but that is a good thing in Poltava. You have so much to focus on in the main game that any more may turn new players off of the experience. Sometimes less is definitely more.

Star Slots offers numerous games like this, such as Poke the Guy.