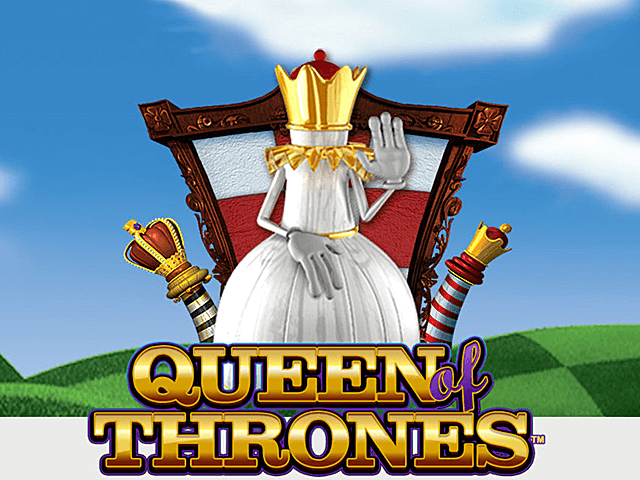 Queen of Thrones by Leander Games is a 5 reel, 30 payline slot. It is one of the online slots available to play on Star Slots. The game has got a chess theme with the game set in medieval times. Some of the features you will get to activate in this game include; free spins, multipliers, wilds, etc.

The bonus features include the White vs Black Bonus feature, The Throne feature and the Big Capture Bonus feature. Players can receive 30 free spins where wild symbols keep landing on the reels.

The Big Capture Bonus feature is mostly a picks feature where players make picks that uncover multipliers and other prizes. Start your stakes in the game from 30p to £60 a spin on all Android and Apple PC, tablet and smartphone devices.

Leander Games started operating in 2008. The company has got a range of polished slots games online that incorporate a wide range of unique themes. The company headquarters are in Buenos Aries, Argentina. Luckily, they’ve managed to form business partnerships with a lot of major casinos and development teams in the gambling industry. 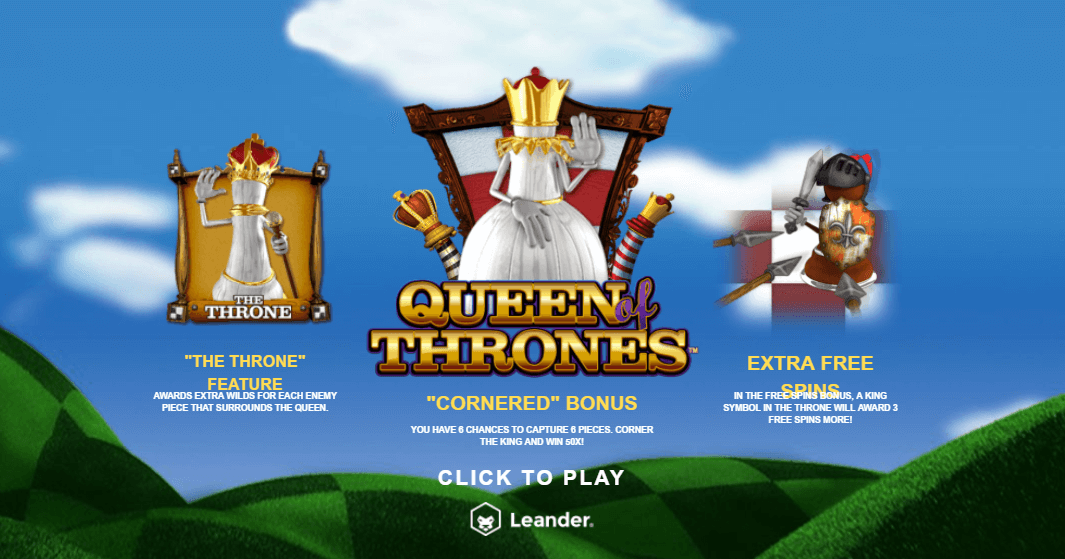 Playing Queen of Thrones - What to Expect

Queen of Thrones is one of the Leander Games online slots you can play on Star Slots. You may mistake the game for being themed on Game of Thrones, but it is not. It actually has a chess theme where black and white chess pieces appearing across the reels. Symbols in the game include the pawns, knights, rooks, bishops and queens. These offer the lowest payouts in the game. The king awards the highest payout of 500x your stake when 5 land on a payline. The wild symbol is represented by multiple symbols like the king, rook and queen. All of them can replace all the other symbols on the reels. When 5 wild symbols land, you receive 500 coins.

Bonus Features in Queen of Thrones

Keep an eye out for your colour pieces landing in the middle of the 3rd reel. If any of your pieces reach the opposition pieces using a chess move like the bishop moving diagonally, the symbols will transform into wilds. The queen symbol awards the best value where up to 6 symbols on the reels turn into wilds. The pawn symbol can only turn two symbols into wilds. The king symbol that lands in the middle, you win 3 additional spins.

Our Verdict on Queen of Thrones Online Slot

Not every day that you find online slots on Star Slots with a chess theme. The visuals in Queen of Thrones look simple, to match the unique theme on offer. Clearly, the developers wanted the player to focus on the game rather than aesthetics. Queen of Thrones has got an awesome range of bonus features too.

The bonuses are unique like the Big Capture Bonus that can win you multipliers as high as 23x. You’ll have to ensure you pack lots of luck with you because there are so many opportunity to win here. This game is perfect for both chess lovers and non-chess lovers.

Star Slots offers numerous games like this, such as Queen of Riches Slot.