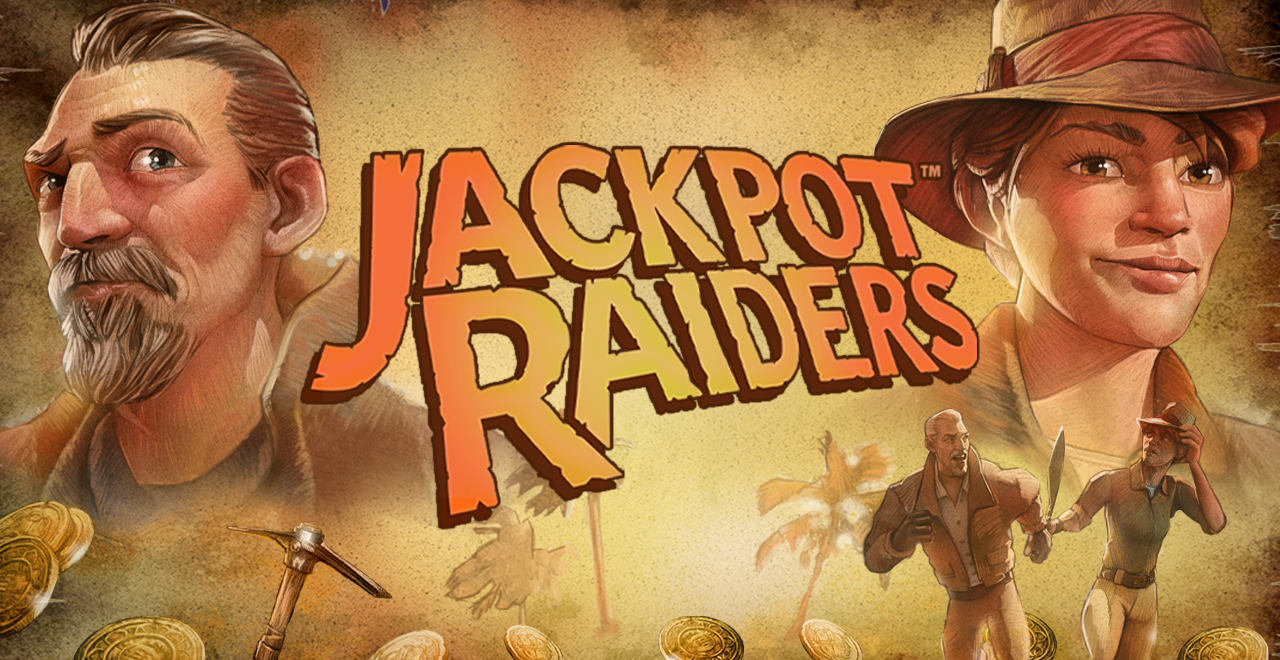 Jackpot Raiders is an online slots game from Yggdrasil Gaming. The Raiders of the title seems to be a reference to the two Indiana Jones-type adventurers.

Who are characters in the game. The reels are set in front of what looks to be a cabin on a 17th-century pirate ship. There are plenty of bonus features to enjoy in this entertaining game. Which offers players five reels, three rows and 20 fixed paylines of action to enjoy.

If you decide to play Jackpot Raiders on Starslots, then make sure to spin the Mega Reel as part of the welcome bonus – since you could win starburst free spins.

About the Bonus Features of Jackpot Raiders Casino Slot

The higher value symbols on the reels in this game include the two main characters. Who seem to be called Bear and Sam.

They are the raiders of the game’s title, it would seem, and they are treasure hunters by trade. There are certainly echoes of Indiana Jones and the Raiders of the Lost Ark in this game. Other high-value symbols are objects associated with the explorers. Such as a hat and backpack.

The compass is the game’s scatter symbol and there is no wild symbol. If you land two or more scatter symbols in view, you will trigger the Pick and Click Chest feature.

This game allows you to pick from one of five locked chests to reveal one of five different prizes. These prizes include a cash prize, entry to the game’s bonus round and a map for your collection.

There are also several different maps in the game which you need to collect. You can collect them when they spin in on the reels or by playing the Pick and Click feature. 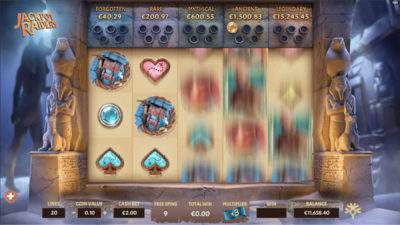 Yggdrasil - the Developer of Jackpot Raiders

Yggdrasil is another of the many slot games development companies that have its roots in Scandinavia. Fredrik Elmqvist is the company’s Swedish CEO.

The corporate logo also reflects this northern European heritage. Yggdrasil is the name of the Tree of Life. An important symbol in Nordic mythology was the gateway to several different planes of existence.

Founded in 2013. Yggdrasil has quickly established a reputation for quality when it comes to online fruit machines. Online casino games are not the only thing that the company produces, though.

Scratchcards and lotteries are among the other types of gambling products that they develop. Yggdrasil has offices in several different European countries. Including Sweden, Belgium and Estonia, as well as the United Kingdom.

Other games from Yggdrasil include:

Jackpot Raiders is one of the best online slots that has plenty of bonus features. To keep even the most demanding fan of playing slots online happy.

There are plenty of chances to pick up big prizes in this game. With its superb range of potentially lucrative bonus features.

There are some nice graphics too, and the gameplay is very smooth and slick. If you enjoy playing online fruit machines you will find plenty to enjoy here.

Make sure to look out for Jackpot Raiders in your favourite online UK casino; if this game is not your type of thing, then check out Great Rhino Slot!