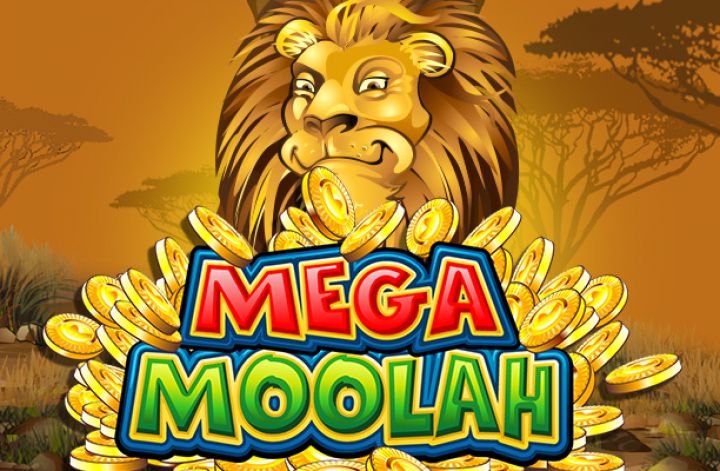 Explore the jungles of Africa and see what wild lions, giraffes, and elephants get up to in their natural habitat. Mega Moolah is possibly one of Microgaming’s most famous slots.

Over the years, this slot has continued to break the Guinness World Records and we’re sure this is going to continue. As of 2018, the biggest payout made was over £18.2 million.

Mega Moolah is a progressive jackpot slot powered by Microgaming with 5 reels and 25 paylines. It has a safari theme with stunning animal animations.

Many wild animals cover the reels including lions, zebras, and antelopes. As you play, you’ll hear a wild soundtrack which adds the theme perfectly.

Mega Moolah was the first (of now many) progressive jackpot slots created by Microgaming. The game has many exciting features including a free spins feature where values triple and a Mega Moolah mega bonus that has 4 jackpot tiers.

With big cash to be won (cash prizes worth over £1 million), Mega Moolah is worth a spin! Win up to 500 Starburst spins on Star Slots casino!

Established in 1994, Microgaming shaped the up and coming online casino industry. They have grown significantly over the years and have become one of the best software providers in the world.

Over the years, they have won many awards for their games including Innovation in Slot Provision at the EGR B2B Awards in 2019.

With a repertoire of more than 850 unique games, Microgaming has something for everyone to enjoy whether you like slot, bingo, poker or land-based.

They have become true pioneers in the iGaming industry and have created many of the top games played by gamers all around the globe.

Microgaming has a diverse range of online slots with creative and innovative themes. Every one of their slots is filled with stunning 3D animations, cutting-edge technology, and exciting gameplay.

If you want to see more of what Microgaming has to offer then why not check out these titles next?

Mega Moolah is perhaps the most famous slot out there so if you’ve not had a go, it’s time to give it a whirl!

Mega Moolah holds the Guinness World Record titles for the ‘Largest online slot payout’ for payout out £18.2 million to one lucky player. The record for this slot keeps on growing, which is very exciting!

This is one of our favourite online slot games of Microgaming’s most famous slots. Over the years, this slot has continued to break the Guinness World Records and we’re sure this is going to continue. As of 2018, the biggest payout made was over £18.2 million.

Mega Moolah is a jackpot slot powered by Microgaming. It has 5 reels and 25 paylines and has a fun safari theme.

Sit back and enjoy the safari adventure as you spin the reels and discover treasures hidden in the depths of the jungle. The graphics in this slot are cartoon-like which gives the slot charming character.

Behind the reels, you’ll see a stunning safari scene with golden sands and tall green trees. The reels are filled with various wild animals including lions, giraffes, antelopes, elephants, and buffalos.

Antelope - The antelope is the least rewarding animal symbol. Landing 5 of these wild creatures will give you £62.50.

The wild symbol - The king of the jungle, the lion, is the wild in Mega Moolah. Landing just 2 of these will reward you with exciting prizes.

Once unlocked, you’ll instantly receive 15 free spins and all values will be tripled to give you greater chances of winning big. This feature can be re-activated by landing 3 or more scatters.

Bonus feature - The bonus feature is triggered at random during the base game. The higher you bet, the greater the chance you have at winning big.

The mega bonus feature involves spinning a wheel. Each segment has different prizes attached with the biggest one being the white segment at £1 million.

There are four jackpots in total. The smallest jackpot prize is £10, followed by the next one at £1, 000, and the one after that at £10, 000. The grand progressive jackpot is a minimum of £1 million. Play the Mad Mad Monkey slot on Star Slots! 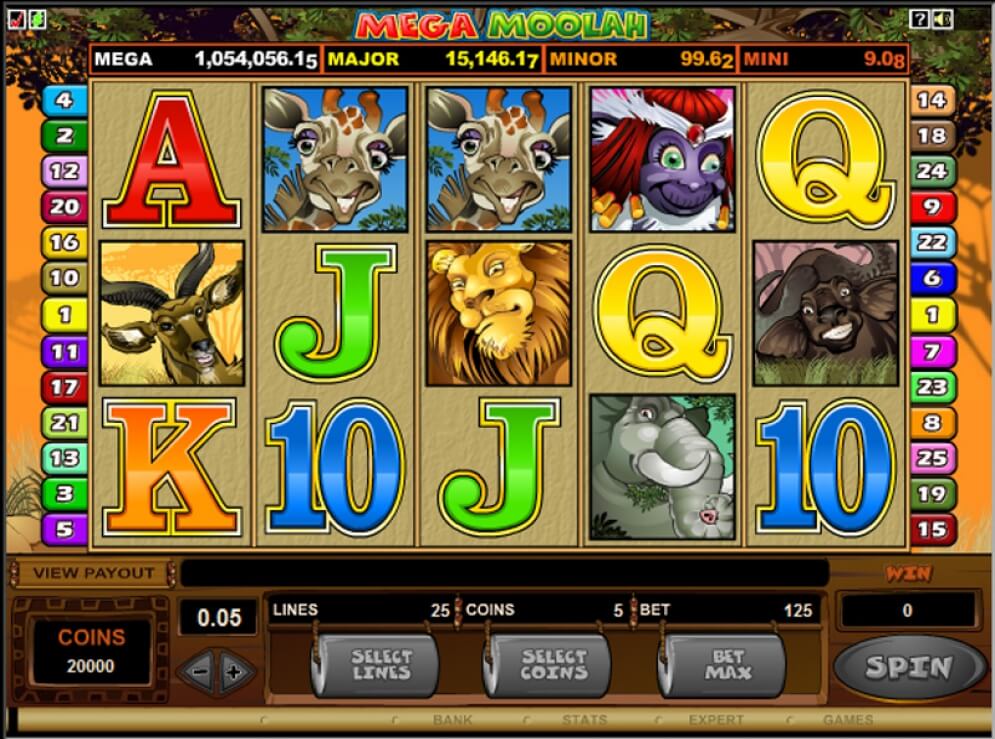 If you haven’t played Microgaming’s top free online slots uk Mega Moolah then now is a perfect time. If you enjoy progressive jackpot slots then we think you’ll enjoy this one.

With the largest payout being a world record-breaking £18.2 million, this is one that you do not want to miss. The safari jungle theme is so much fun and the cartoon-style characters including lions and elephants are completely adorable.

This slot is exciting, rewarding and tense. The jungle soundtrack adds to the theme perfectly and as you spin the reels, you’ll feel like you’re on an epic safari adventure.

Mega Moolah has plenty of great winning opportunities. The wild symbol is great and if you land 5 of these on a line then you could win a fantastic £3, 750.

The free spins feature is also great as it can be re-triggered for a chance to win lots of free spins. The best feature though is definitely the bonus feature which is triggered at random.

With 4 jackpots in total, this feature can get very exciting! With a prize of £1 million+ up for grabs, Mega Moolah is definitely worth a spin!