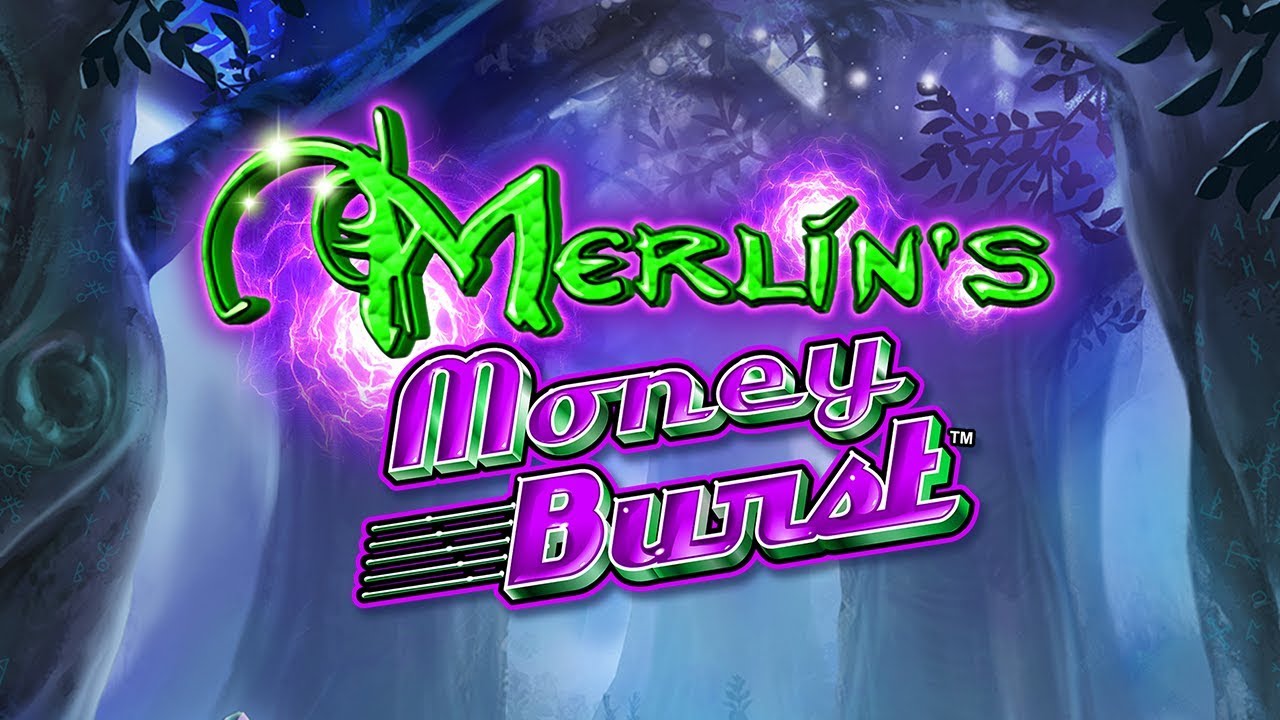 Merlin’s Money Burst is a new online slots game from NextGen Gaming. Set in an enchanted forest. Merlin the wizard is the main character, as you might have been able to tell from the game’s title.

Merlin has also made an appearance in several other NextGen games. So, if you are a fan of online fruit machines you may be visiting familiar territory in this game.

Read on to discover more about Merlin’s Money Burst and its bonus features! If you are new on Starslots then don’t miss our Welcome Offer for the chance to win 500 free starburst spins.

About the Bonus Features of Merlin's Money Burst UK Slot

One of the first things that you will notice about Merlin’s Money Burst is its innovative reel structure. There are five reels used and 60 paylines on offer, but the number of rows varies.

The two outermost reels on the left have just two rows, while the rest of the reels have four rows. This affects the way the game is played and offers up some interesting features when it comes to bonuses.

Merlin himself is the game’s wild symbol. He will replace all symbols to create new winning combinations for you.

The scatter symbol is a purple gemstone. If you spin in three of these on reels two, three and four. You will trigger the Free Games Feature, which awards you 10 free spins.

There is also the Merlin’s Held Re-Spins feature. Which is triggered when the first two reels contain the same symbol. These two reels are then held while you enjoy five free spins. 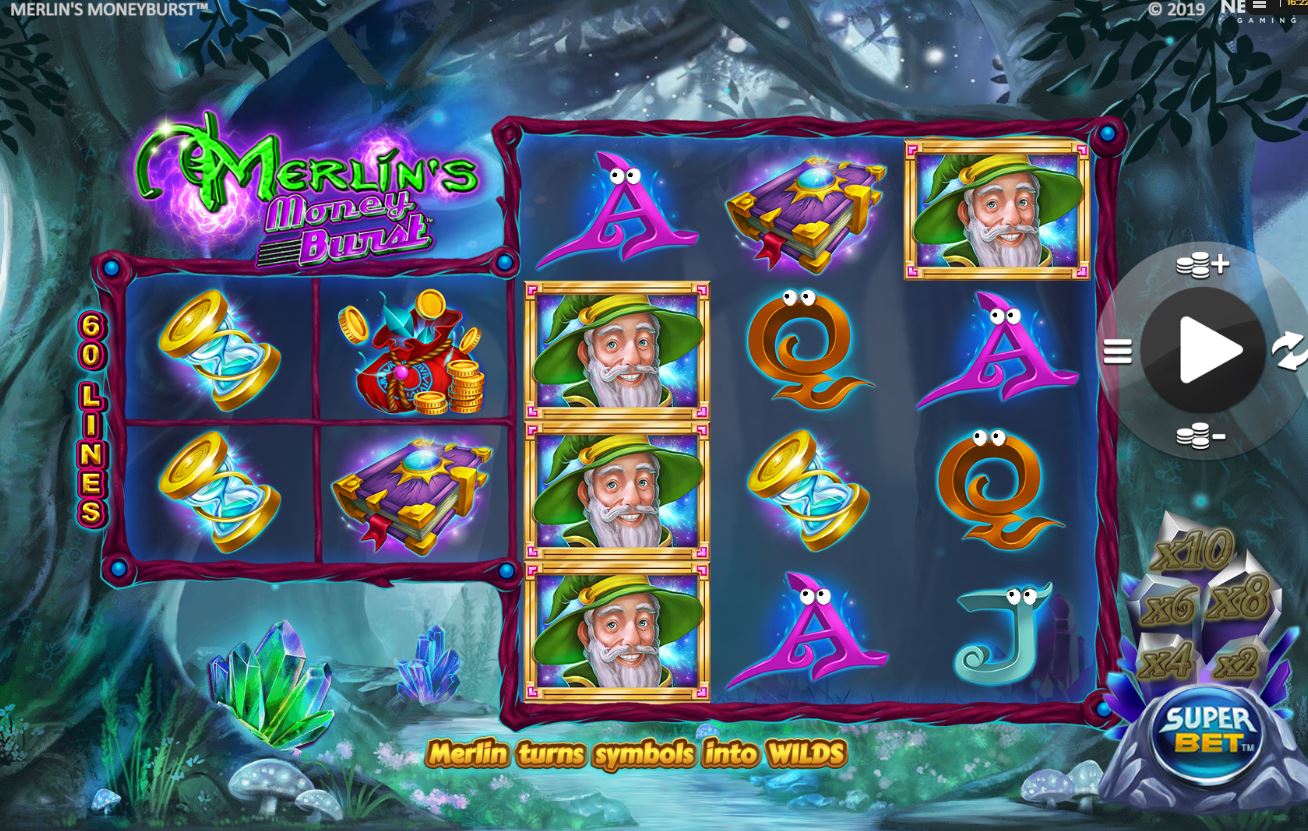 About NextGen and Their Other Slot Games

NextGen Gaming is a well-established games developer. With a reputation for producing high-quality online slots games. If you enjoy playing slots online.

You are more than likely to have played at least one of Next Gen’s many top titles over the years. They have been around for two decades now. Having been founded in Australia by an entrepreneur called Tony McAuslan in 1999.

Originally based in northern Sydney, in New South Wales. The company has since branched out internationally. Now has offices in London, in the UK, and in Stockholm, in Sweden. In 2011, a Swedish games developer called NYX Interactive acquired NextGen Gaming.

They were then acquired themselves by American gaming giant SG Gaming. SG Gaming has acquired several digital gaming brands over the last decade. While allowing them to retain much of their independence.

Other NextGen games include:

Merlin’s Money Burst is a charming and entertaining game. That deploys an innovative structure to keep you entertained.

The bonus features offer plenty of entertainment. As well as the chance to take home some decent profits. If you are a fan of online slots you will find plenty to enjoy in this latest offering from Aussie slots experts NextGen Gaming.

Make sure you look out for Merlin’s Money Burst in your favourite online UK casino! If this game is not your favourite type, why not check out Monkey Warrior slot instead?