Pirate Gold is a richly designed sequel to the Pirate Gold slot from Pragmatic Play. At the zenith of fun and entertainment is the in-game Jackpot whose Grand Jackpot offers a fascinating 1000x your stake! The maximum payout here is 15,000 times your stake, as you play on 5 reels, 4 rows, and 40 pay-lines. RTP is pretty decent at 96.48 too.

This free online slot pivots around a pirate theme as the adventurers are on a voyage to pillage treasures on the high sea. The game greatly reminds us of Jonny Depp whose superb role in Pirates of the Caribbean distinguish him for life.

The Green Money Bag offers multiplier values up to 5x, with the Treasure Chest helping you re-enable the parent feature.

Get to know more about this slot in this review from Star Slots.

About Pragmatic Play – The Developers of Pirate Gold Deluxe Slot

Pragmatic Play developed this interesting Pirate Gold Deluxe slot game. Pragmatic Play is one of the software providers who have made so much impact in a relatively short while. Having started its business as recently as 2015, Pragmatic Play has kept a highly innovative outlook and approach to gambling.

The company has mostly pre-occupied itself with finding phenomenal ways to develop and market engaging products to a wider audience. Consequent upon this, the company has leaned much on technology mixed with modern day realities, making their success almost inevitable. With offices in Malta, Isle of Man, and Gibraltar, the company boasts certifications and licenses in more than 20 jurisdictions.

In the same light, it is worthy of note that Pragmatic Play’s games are powered in multiple languages. This alone shows the company understands the diversity of its patrons, representing such diversity in an entertaining manner. Pragmatic Play’s portfolio includes online slots, live casino, table games, and card games.

You can play best slot games from this developer:

You can play online slots from Pragmatic Play on Star Slots always. 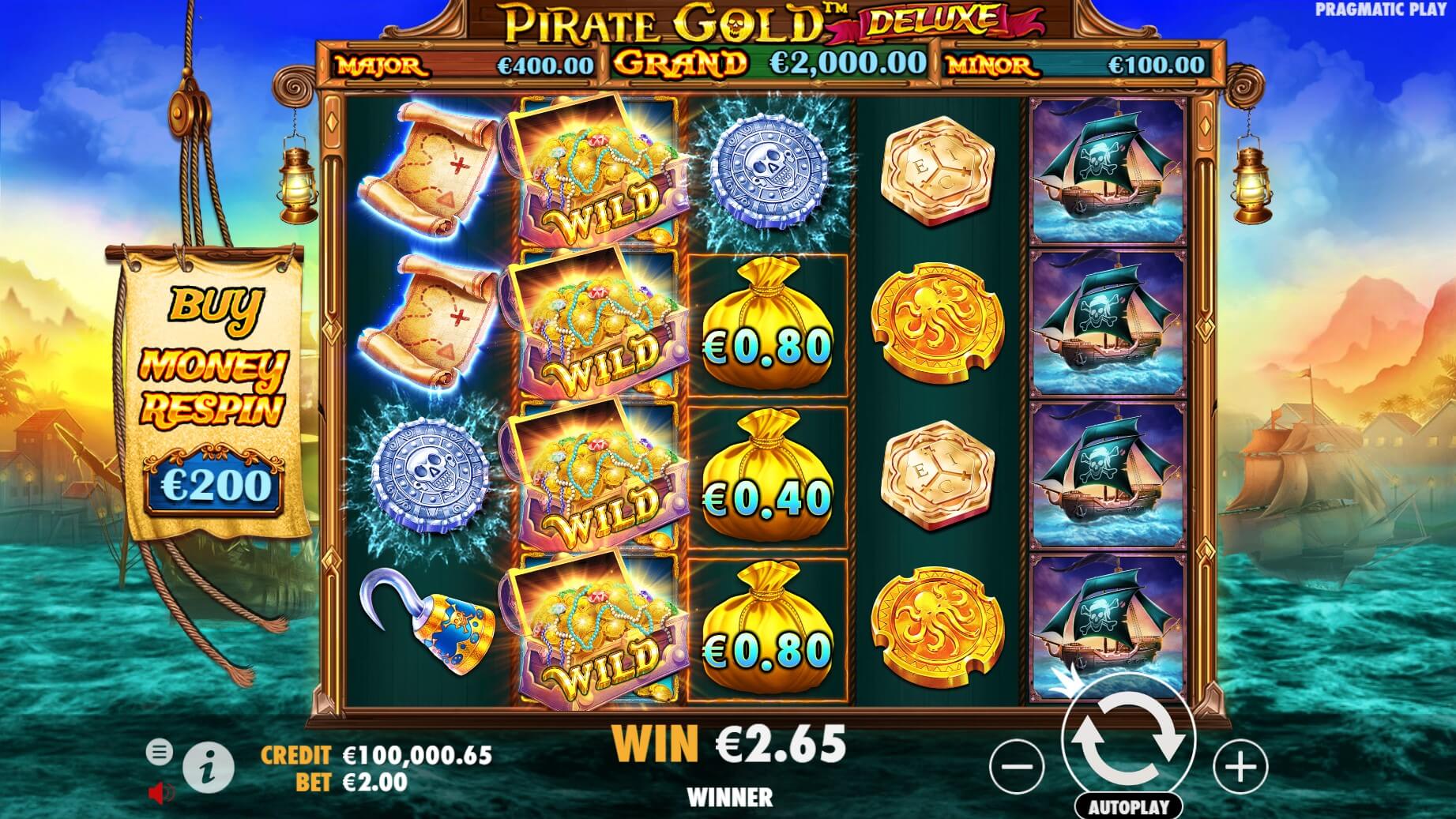 With at least 2 high/medium paying symbols of the same kind you would create winning chances on the reels. On the reverse, you make such winners with 3 low-paying symbols. Asides the pay, you also get to have a spice of your gameplay in the Lucky Treasure Bag feature.

The feature opens up other useful sub-features such as Purple, Red, and Green Money Bags, Treasure Chest, and Jackpots. They will grease your gameplay in its totality while keeping you stunned all through. The high-rewarding symbols are the Captain, Pirate Lady, Multi-colored Parrot, and Pirate Ship.

Pirate Gold Deluxe has a high volatility and RTP of 96.48%. The least you can pay for a spin is 20 pennies and the most is 200 pounds. Playing on Star Slots will avail you of the gameplay in practice. 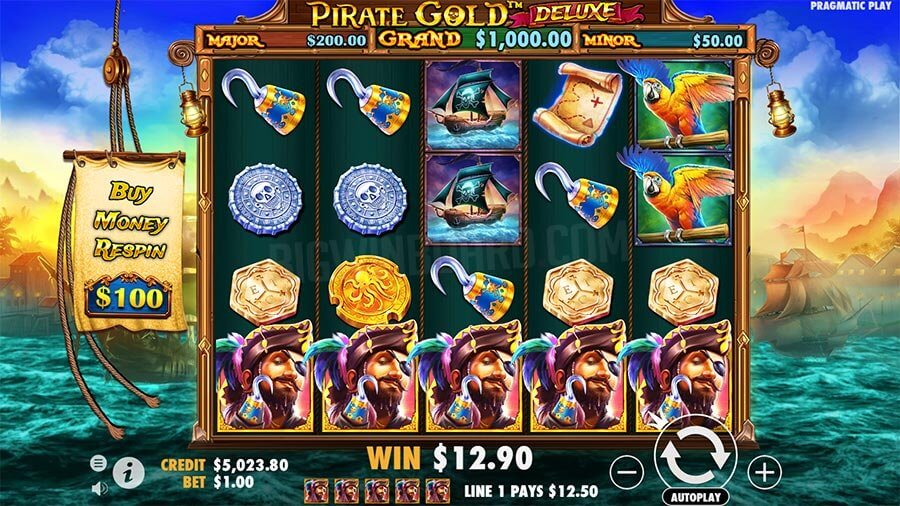 The symbol appears on the reels and adds monetary values according to the number of Gold Money Bags that activated it. For instance, 8, 9, 10, etc. Gold Money Bags triggering the feature will award you 8, 9, 10 pounds respectively.

This symbol will offer you a new re-spin as soon as you are done with the current one. This will offer you the same number of Gold Money Bags that you go in the initial re-spin.

At Star Slots, you could land the above bonuses and win the maximum payouts of 15,000 times your wager.

The volatility is quite high, you may not win much as easy as you expect. The game takes a different turn in the Treasure Chest and Jackpot features, where the wins triple. Overall, it’s a seamless game that boats awesome potentials that you’ll enjoy playing on Star Slots.  We give this an 8.

If you enjoyed our review of this game, why not learn more about New Year’s Bonanza Slot too?