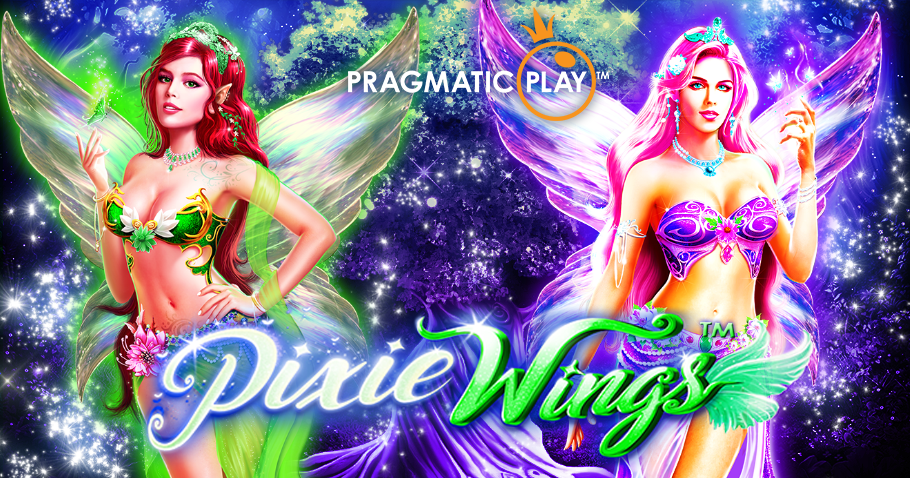 Welcome to the magical world of Pixies and other fantasy characters who you may get a chance to meet along the way!

Pixie Wings is set in the heart of a deep, dark wood, lies a whole host of mystical characters just waiting to meet you, have adventures and help you to win cash prizes as you go through the star spins. With a nature theme, this is a very relaxing game to play, with plenty of symbols to keep you entertained as you play.

This slots game maybe a couple of years old now, but it certainly has not lost its sparkle, and with a maximum jackpot of this size available, you will be even more easily enticed into playing. The blues and greens of this game are mystical in themselves, but who else will you find lurking in this seemingly empty wood?

As one of the leading games developers in the world, Pragmatic Play are responsible for some of the most popular slots games ever created. They have an impressive portfolio to their name and have slots game for every type of player available so that no player does not have a game that they love to play. They take the time and make the effort to interact with their players to ensure that they are able to create the sort of games with the additional features that their players are craving.

The aim of Pragmatic Play is to create the most engaging and enticing gaming experience for each and every player that plays their games. Not only do they specialise in creating online slots games but they have also been responsible for the creation of many different live casino and Bingo games too.

With certification and licensing in over 20 different jurisdictions, Pragmatic Play have converted their games into over 31 different languages and accept more than 31 different currencies so that they are as accessible as possible to as many players as possible around the world. This is one of the top reason as to how they have won so many awards for their work and this will certainly will not be the end of the awards they win. 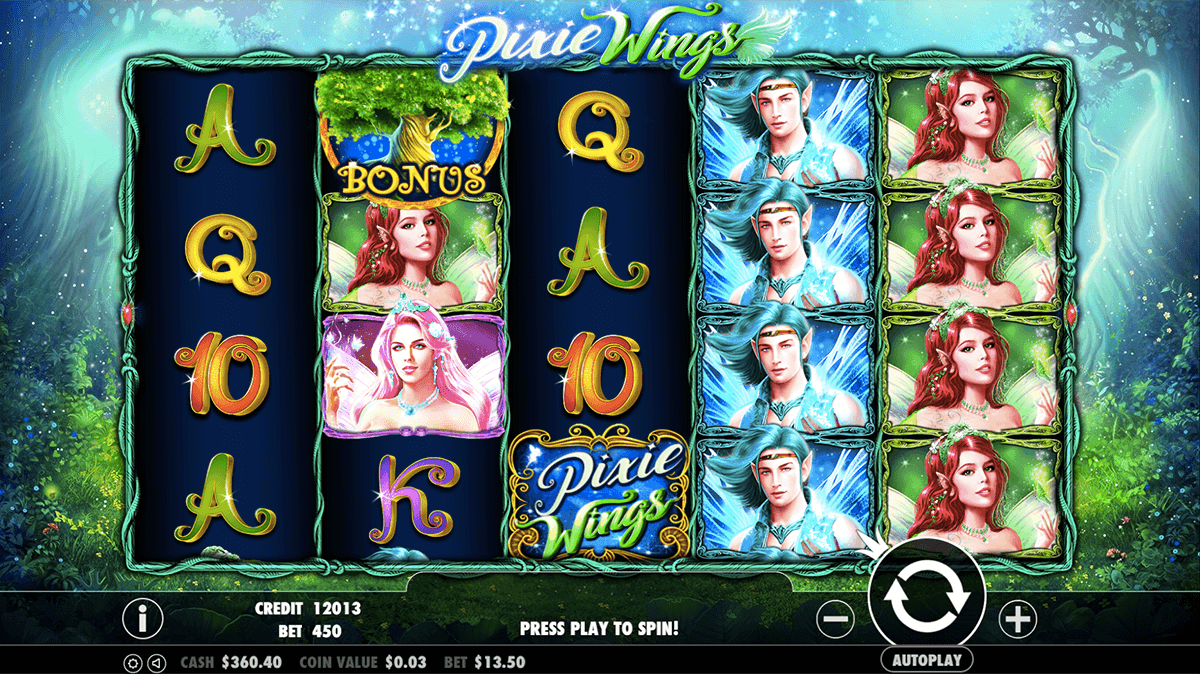 Pragmatic Play released the game of Pixie Wings in July 2017 as an interesting themed online UK slot which had not been over explored by other games developers. They instantly had success with this slots game with it ranking in the Top 29 of the Slot Rank Charts and gaining the Top 50 Golden Badge, too.

This is a mid variance slots game with an RTP of 96.51%, where bets can be placed from as little as 50p to start the reels turning up to £250 each time. You can win a maximum jackpot of £125,000 whilst playing this game which can be played on any type of device you choose. This is a 5 reel, 5 payline slot with a natural and relaxing vibe throughout the game.

The Wild in this game is the Pixie Wing symbol which can replace all other symbols included in the game except for the Bonus. There are times during the game of Pixie Wings when the Wild will randomly be selected and it will automatically become the mystery stacked symbol.

The Scatter in this game is represented by the symbol of a tree and this can also appear as stacked on your reels. This is not its only ability though, because the tree is multi-functional within this game. If you are able to align at least three tree symbols at the same time, then you will also be able to use these tree symbols to trigger yourself some free spins. When the free spins feature is activated, there will be multiple different stacked symbols in front of you to be able to choose from and each has its own bonus and number of free spins attached to it so be sure to choose as wisely as you possibly can.

A good example to point out here is that of the Pixie Wings, you could see yourself rewarded with anywhere between 3 and 12 free spins in return. Aligning five Pixie Wings is the only way in which you are able to win the maximum jackpot available during this game and you should be aware of this before you start to play.

When you are playing your free spins, you will not be playing on the standard base game set of reels but will instead be taken to a special set of reels for this bonus feature. Quite where you end up will depend on which symbol you chose when you were given the option, but all of the end locations are exciting and you will be well rewarded for your exploratory efforts.

This is an enchanting game, filled with mystery and adventure. You may think that you are all alone as you venture through the darkest of woods, but you may be surprised to find out that there are plenty of unknown characters in there with you.

The Pixies are your friends and they are there to help, guide and assist you with winning as much cash as you possibly can before it is time for you to head out of the forest through a clearing and into the light.

We like this slots game because it has a theme which has not been overdone by slots developers and there is a large jackpot available for you to try and win. But be aware that there is only one way in which you can get your hands on it and the chances of you doing so are slim.

So it is best that you try and take advantage of the free spins features, Wilds and Scatters as you play along throughout the game. There is plenty for you to see, participate in and aim for as you begin your journey into the unknown. But where exactly will you end up on your journey into this magical place? If you are curious to know, why not ask seer in the Madame Destiny Slot to check her cards to see what riches your have coming your way!

Star Slots is operated by Jumpman Gaming Limited which is licensed by the UK Gambling Commission ('UKGC') for customers in Great Britain and the Alderney Gambling Control Commission ('AGCC') for customers outside of Great Britain. All games on Star Slots are regulated by the UKGC or both the UKGC and AGCC.  Registered business address (no correspondence): Inchalla, Le Val, GY9 3UL, Alderney.