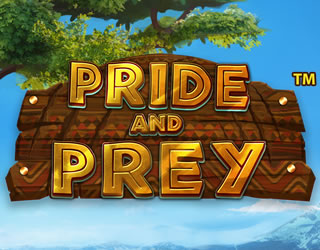 Pride and Prey is an online slots game from British games developer Red7. Based on a theme of African wildlife, it offers you five reels, three rows and 20 fixed paylines of action to enjoy.

The game has a charming, homely feel to it, which is helped by the cheerful music that plays on the soundtrack.

We’ll take a closer look at Pride and Prey here, so read on to discover more about this intriguing online casino game.

If you decide to play this game on Starslots you also get the chance to win up Starburst free spins.

About the Bonus Features of Pride and Prey UK Slot

This game has a slightly folksy appeal to it, with cartoon type graphics and a jaunty soundtrack. That might create a first impression of simplicity and a lack of sophistication.

But, in fact, this game has plenty of great bonus features for you to enjoy, and some innovative gameplay too.

The reels are set on the African savannah, with Baobob trees either side of what looks like a water hole. A mountain, which could be Kilimanjaro, stands under an azure sky in the background.

To the right side of the reels is a list of bonus features and rewards. Which you can enjoy if you spin in the right symbols on the reels.

Playing card symbols are the lower value symbols on the reels. While animals such as the lion cubs, zebra and giraffe are the higher value symbols. The wild symbol is a sign saying ‘wild’, so it is easy to spot. The scatter symbol is a lion.

The list of rewards on the right of the screen can be removed if you do not want to see it. But it does handily provide a list of what you need to do to unlock bonus features such as Angry Lion or Lion on a Roll. 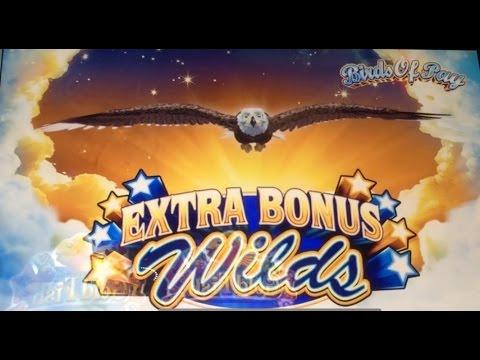 About Red7 and Their Other Slots Games

Red7 is a British games developer which was founded in 2011. It is one of several digital gaming firms that are now part of the SG Gaming network.

With the American giant conglomerate having acquired Red7 in 2017. Based in Bristol, in the south-west of England. Red7 also produces sports apps and casino games for the online market.

Red7 have extensive experience of converting land-based slot games for the online sector. As well as software developers.

Their team consists of animators, visual artists and mathematics experts. All of whom contribute to the development of their wide range of titles. Red7 makes use of HTML5 to ensure that games run smoothly on devices of all sizes.

Other titles in the Red7 catalogue include:

Last Thoughts on Pride and Prey

Pride and Prey is the kind of game that will appeal to people who enjoy playing slots on line. Whist watching nature documentaries on the TV.

There are plenty of great bonus features for you to enjoy, and the music is actually quite good. Decent graphics and smooth gameplay help make Pride and Prey a satisfying experience.

Especially to anyone who enjoys fruit machines should like. Look out for this game at your favourite online UK casino; however, you also have to check out Merlins Money Burst Slot, which is also amongst the top UK slots of 2019.