Yet another addition to Playtech’s jungle-themed free online slots, Savage Jungle brings to the fore the wild life of the jungle. You would play on 5 reels, 4 rows, and 50 pay-lines with maximum payouts of 2,500 times your wager in view. Also, you can look forward to a 96.5 RTP.

The theme creates an epochal feeling that readily spurs you to keep playing for increased wins on one or two spins. Dominating the jungle are some animals that not only drive home the theme, but also create a vivid impression.

Such an impression is further enhanced by the Savage Wild feature where wilds perform some hard-to-get wonders on the reels. The feature exchanges a wild’s appearance for a leaf in the base game, and the leaf offers maximum 25x multiplier values. The Free Games feature awards free spins, which can be followed by extra free spins.

What’s more, the wilds reappear here locking in position for subsequent wilds to award up to 25x multiplier values.

You would find more details of this slot in this detailed review by Star Slots.

About Playtech – the Developers of Savage Jungle Slot

Savage Jungle was developed by Playtech, as well as other casino games. Playtech is a software developing, licensing, marketing and aggregating company with widespread following among players all over the gambling industry. With roots dating back to 1999, Playtech was there at the foundational stages of the iGaming industry, and has garnered significant experience.

Listed on the London Stock Exchange, Playtech has continued to serve several gambling regulated markets across the globe. Such markets include the United Kingdom, Malta, Poland, Romania, Australia, Italy, Spain, Macau, Finland, Ukraine, among others. Its offices play host to thousands of professionals versed in different aspects of gambling contents, who account for Playtech’s excellent records.

The following are free to play casino slot games were also developed by this developer:

On Star Slots, you can play online slots from this developer including the ones above. 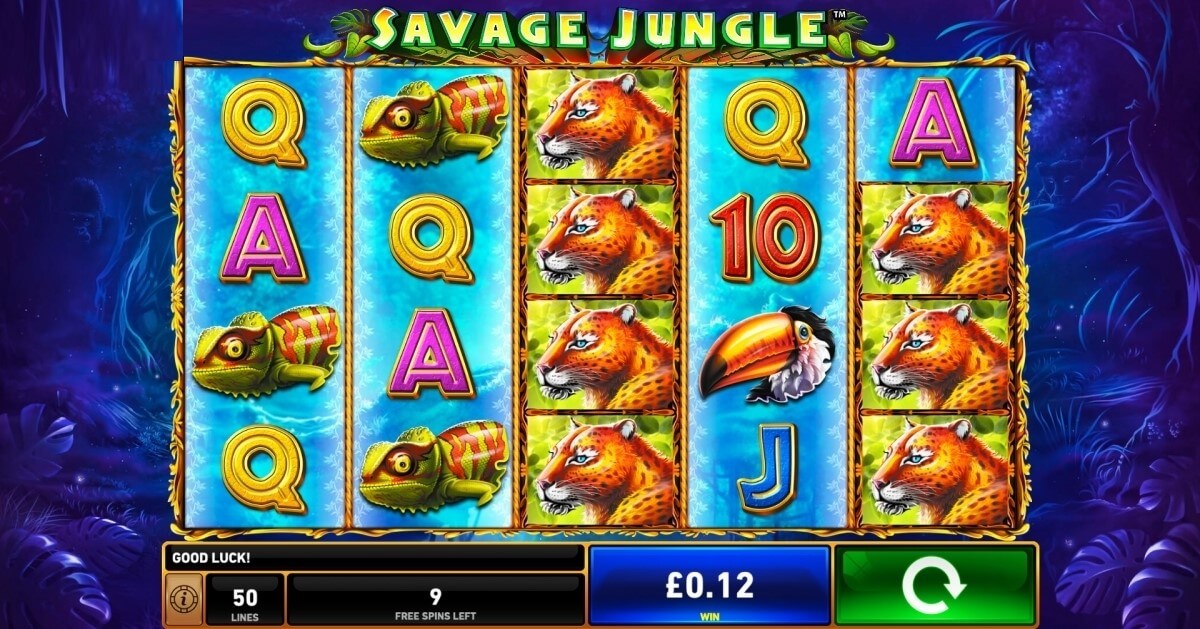 With 3 to 5 symbols of the same kind landing together, you can form winning combinations according to the paytable. The Savage Wild feature and Free Games feature are both the crux of the game, making for a smooth time. The high-paying symbols are all animals reflecting the jungle theme, such as Leopards, Toucans, Chameleons, Butterflies, and Flowers.

The low-paying symbols are card suits such as A, K, Q, J, 10, and 9. The Gorilla is the wild symbol that appears on the 2nd, 3rd, 4th, or 5th reels, excluding the 1st one. It would also customarily replace every other symbol during wins, except the scatter symbol.

The RTP is at 96.54% - a little above average, while the volatility falls in the medium to high range. You can place bets here with a minimum of 10 pennies and a maximum of 500 pounds for each spin. 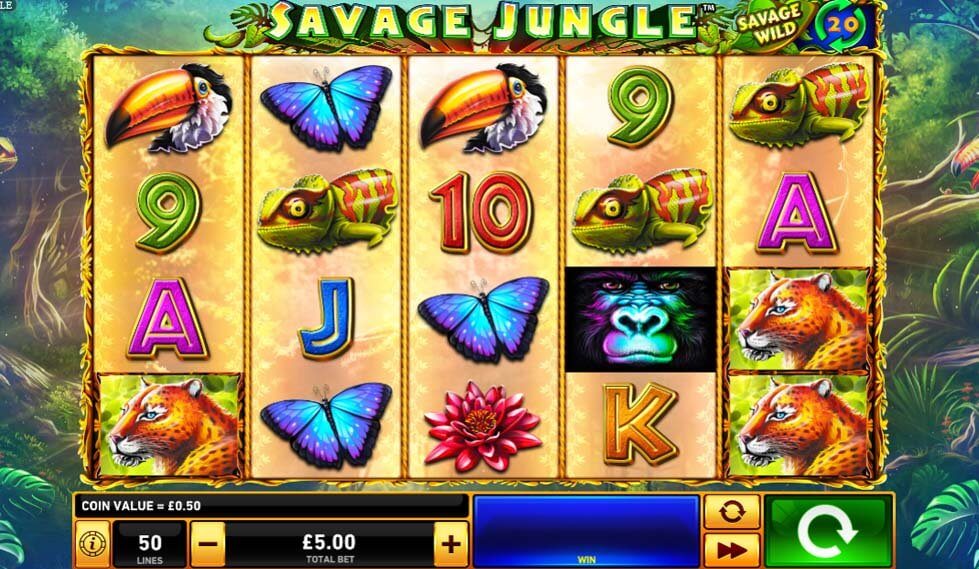 In the base game, a countdown meter just on top of the reels hosts a countdown. The countdown can randomly start from 10 to 50, and when it drops to 1, this feature is activated. As the feature plays out, any wild that shows up will drop a leaf on a part of the reel.

When you land at least 3 Gemstone scatter symbols together, this feature is activated with initial 10 free spins. Any wild symbol that shows up here is locked in position throughout this feature, creating a huge winning impact. If another wild subsequently appears on the same area with the locked wild, the wild multiplier is activated.

This wild multiplier starts at 1x and can rise up to 25x multiplier values. More scatter symbols appearing during this feature will lead to extra free spins awarded to you. The multiplier values are a big way to grab the maximum 2,500 times your wager on offer in this slot.

You would enjoy the above features on Star Sl.ots if you trigger them.

Savage Jungle online slot carries an interesting pack of wilds that turn the reels to a wild rendezvous. It’s best to leverage these wilds in the Savage Wilds and Free Games features. You could very much do that on Star Slots, where some starburst free spins could be all yours.

If you enjoyed our review of this game, why not learn more about Pirate Gold Deluxe Slot too.