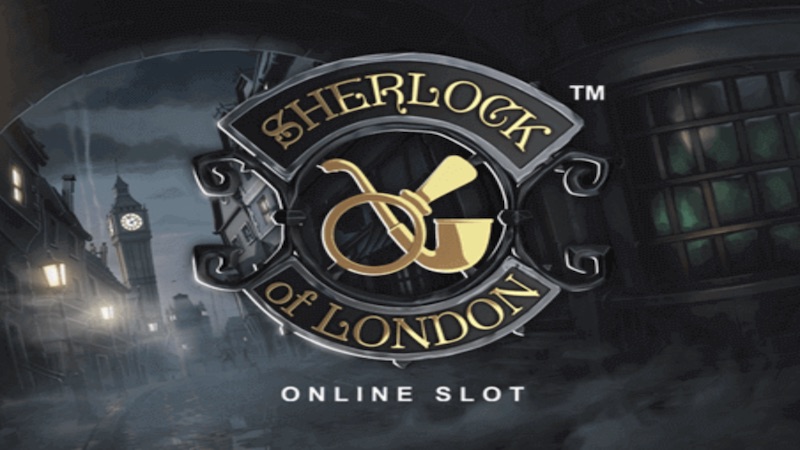 Sherlock of London is an online slots game from developer Rabcat. Based on the adventures of Sir Arthur Conan Doyle’s great fictional detective.

It offers five reels, three rows and 25 fixed paylines of entertainment to players. The graphics of the game are particularly worth noting.

There are some great bonus features too. Read on to discover more about this immersive and entertaining title. Which will appeal to fans of playing slots online everywhere!

If you decide to play this game on Starslots you massively increase your chances to win free spins for starburst by spinning the Mega Reel.

About the Bonus Features of Sherlock of London UK Slot

As you can probably tell from the game’s title, Sherlock of London uses the great Holmes as its main character. It is set amidst the grimy streets of Victorian London.

The reels are set in front of a typical London street of the period, with Big Ben visible in the background. This setting helps to create an immersive atmosphere. While the cartoon-style graphics on the reels add a touch of humorous charm.

You need to keep an eye out for Sherlock Holmes himself in this casino slot games. As he functions as the game’s wild symbol.

It can replace all other symbols to create new winning combinations for you. The game’s scatter symbol is a tile where Holmes and Watson are together.

It is also labelled Free Spins, which gives you a strong clue about which bonus feature it triggers. If three of them land in view, you will receive 10 free spins. There are also three bonus features. Which are triggered by the wild symbol appearing in various combinations.

Rabcat - the Developer of Sherlock of London Slot

Established in 2001, Rabcat is a games developer which is based on the Austrian city of Vienna. They are known for basing their games on literary masterpieces.

Such as Moby Dick and the works of Sir Arthur Conan Doyle, for example. Rabcat is also part of win2day. Which is a multichannel gaming platform. That is run jointly by Austrian Lotteries and Casinos Austria AG.

Despite their work in creating fruit machines for those people who like to play slots online. Slots games do not make up a major part of Rabcat’s work.

Instead, they specialise in the production of art for computer games. Something which makes sense when you see the high quality of the graphics. Deployed in Sherlock of London. Rockstar, Crytek, Atari and Disney are all clients of Rabcat.

Other Rabcat online slots games include:

Last Thoughts on Sherlock of London

Sherlock of London is an entertaining and immersive slots on line game that offers you a lot of fun. As well as the chance to take home some decent profit. There are some entertaining bonus features to enjoy.

The graphics really are very good indeed. This is one of many games that use Sherlock Holmes as a theme. But it is certainly not disrespectful to Conan Doyle’s great creation. Make sure you lookout for this game in your favourite online UK casino, or if this is not your type of game - then make sure to check out Incas Treasure slot.