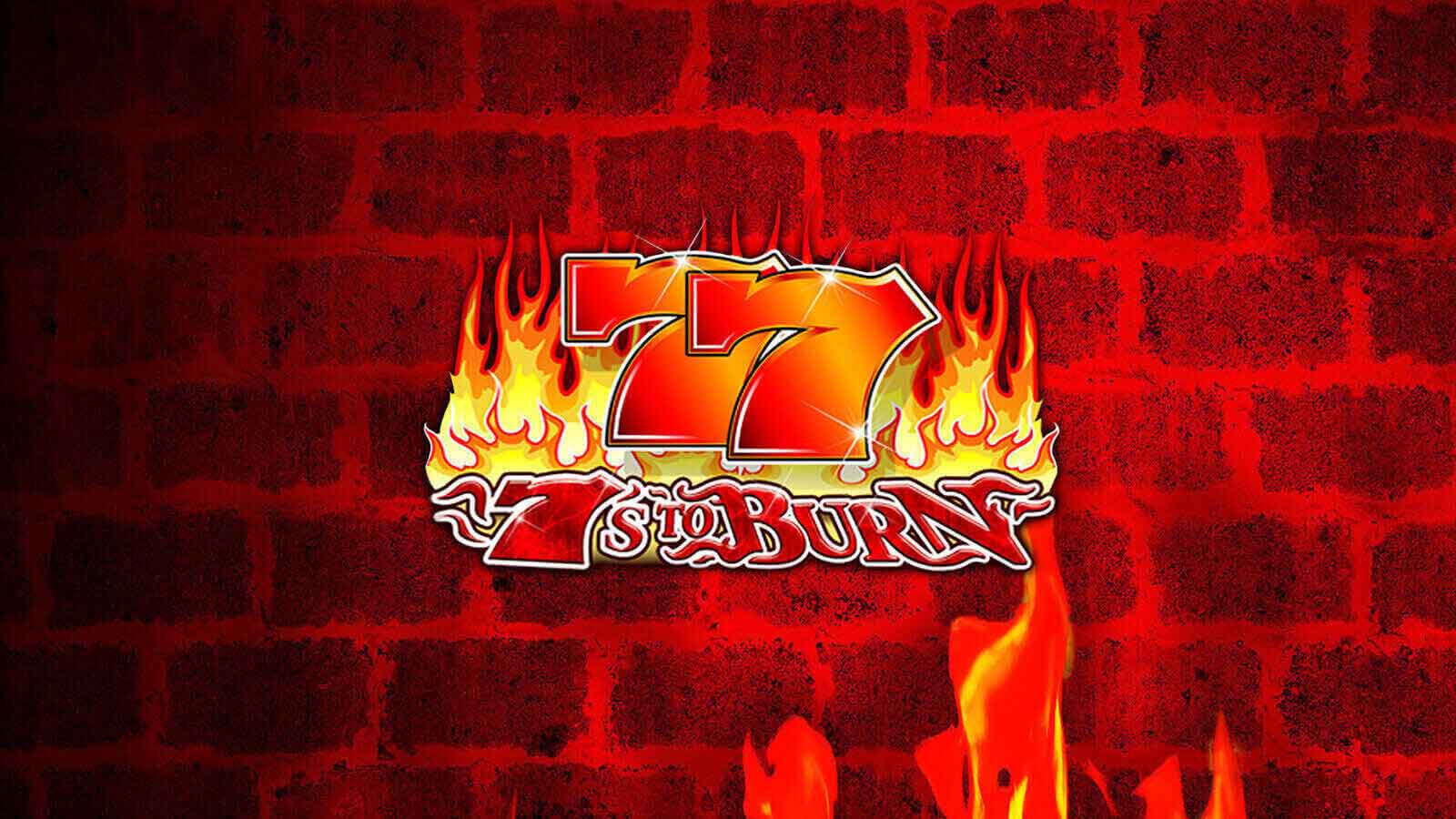 Review of 7s to Burn

If you are someone who likes their online slots game simple, 7s To Burn is definitely a game that you should be checking out. British developer, Barcrest, is a company known for its long history.

They make traditional, cabinet-based fruit machines. And, it is no surprise that this game makes use of traditional symbols and game structures. This is a game that newcomers to the world of playing slots online should really like.

Here, we’ll take a closer look at 7s To Burn and examine all aspects of this pretty simple game. We’ll tell you about the game’s bonus features, as well as a little bit more about Barcrest.

You will also see a selection of other Barcrest games that you might want to try in the future. Read on to discover all you need to know about 7s To Burn!

This very basic online slots game has three reels, three rows and just five fixed pay lines. This makes it very similar to the old-style fruit machines that Barcrest used to make for arcades and casinos.

It has a certain retro quality to it, and older players may well start to feel nostalgic for days gone by as they enjoy a spin or two on the reels. However, if you are into free spins don't worry about it, just follow the link.

Fire is a big theme in the design of the game, with flames forming the backdrop to the reels on the screen. The symbols are the reels are all sharply rendered, with the graphics looking a bit basic. There is little that could be called ‘classy’ about them, though, due to their simplicity. You will see classic symbols from fruit machines on the reels.

These symbols include fruit like watermelons, cherries, lemons, plums, oranges and lemons. Gold stars and bells can also be seen. The most valuable symbols on the reels are the number sevens, though, something that you might have been able to deduce from the game’s title. The red sevens will award you good-sized wins if you spin them in on a win line.

It is, however, the burning sevens that offer the most value to the player of this very basic online slots game. Called Hot 7s, they function as the game’s wild symbol, but in the base game will only substitute for normal sevens. The burning sevens become more important in this game’s solitary bonus feature.

It is probably widening the definition of the term ‘bonus feature’ a little to describe this game’s only variation as a true feature. But you can increase your chances of winning big prizes by using Hi Roller Spins.

This is where you raise the stakes to take advantage of an optional extra bet. You will receive five spins to use in the extra feature. The burning sevens will now function as wild symbols that can substitute for all other symbols, not just the red sevens. This raises your chances of spinning in a win, but you do need to be aware that the payouts for each symbols combo are halved when using Hi Roller spins.

This is one of those games where using the autoplay option might actually be a good idea. There are no real bonus features to navigate your way through here, and leaving the reels to spin on autoplay might actually bring you better luck. 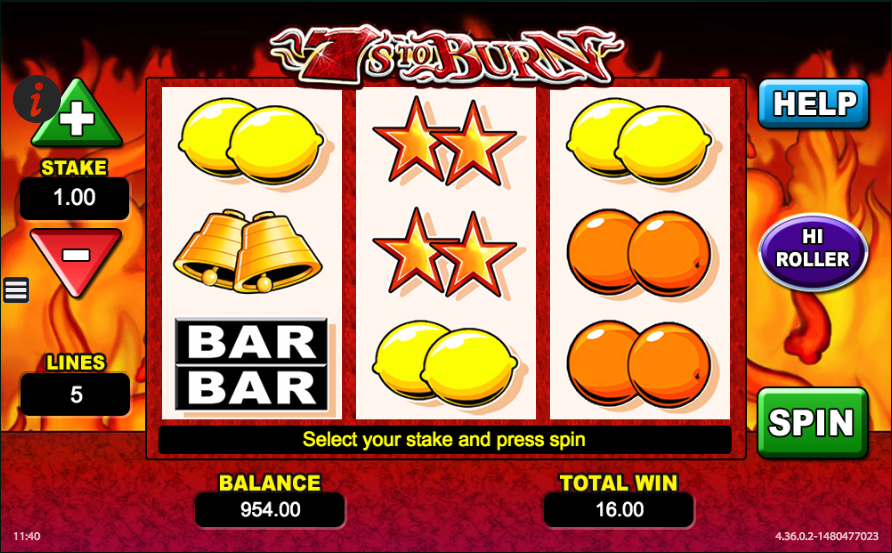 Barcrest - the Developer of 7s To Burn Casino Game

Barcrest is an evocative name in the gaming industry. Many British people of a certain age will be familiar with the name, as it was ubiquitous among fruit machines in the 1980s and 90s. If you spent any time at all in arcades at seaside resorts during those decades you will recognise the Barcrest symbol immediately.

Barcrest was founded in 1968, and its original purpose was to provide gaming technology to venues like bingo halls. As gaming technology and gambling options developed, British gaming legislation began to stipulate that all fruit machines needed have an element of skill incorporated into them.

Barcrest had all the resources and skills in place to ensure that their games fitted this new legislation perfectly.

Over the 1970s, 80s and 90s Barcrest continued to grow and develop its reputation for making high-quality games. They made them for arcades, clubs and casinos, in Britain.

The advent of the internet and digital gaming technology allowed to take a step into the future, and they moved into the world of online slots. In 2006, they produced one of the most iconic slots games of all time, in the shape of Rainbow Riches.

Anyone who enjoys playing slots online has probably played a Barcrest game at one time or another. Especially as many people continue to enjoy a spin or several on Rainbow Riches to this day.

In 2011, Barcrest was acquired by SG Gaming. The vast American gaming conglomerate also acquired several other games, developers, at that time.

Despite this acquisition, Barcrest retains its strong links to the UK, and still has offices in Manchester, in the north-west of England. Other games from the Barcrest range include:

While 7s To Burn is never going to be considered one of the stone-cold classics of the online slots world, no fan of fruit machines should rule out giving it a go. The simplicity of the game is, in many ways, its main appeal.

The Return to Play percentage of 95.1% is not especially high. This is a sign that this game’s central appeal is in its uncertainty of outcomes, rather than the quality of its bonus features.

In truth, this game will probably appeal to less experienced members of the online slots gaming community. Its simplicity makes it an easy game to play, and you can certainly pick up the basics of playing slots online if you give this game a go.

Make sure to look out for 7s To Burn in your favourite online UK casino, you might well enjoy it more than you expect. If you are not up for classic games, then you can try Reel King Mega Slot instead!