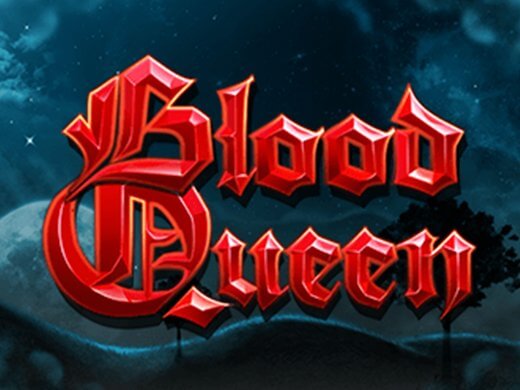 It’s got a high spec feel to it with its epic soundtrack and visuals, but that’s not all. Blood Queen also boasts some brilliant expanding gargoyle wilds which fill up numerous reels, and there’s even a bonus feature.

This awards players with as much as up to 50 free slots spins, in addition to wild extras. It’s suitable for all budgets too as it’s playable from 30p to £90 a spin.

A new brand within the 1X2 Network, Iron Dog Studio strives to make games with a passion to create new concepts.

This game developer aims to entertain players to continue sharing the fun of their creations with both players and also operators. According to Iron Dog Studio, their team builds for the future, utilizing the strength of the past.

According to the Iron Dog website, the company works alongside all of its partners to ensure only the best and new functions are instilled into all their releases. 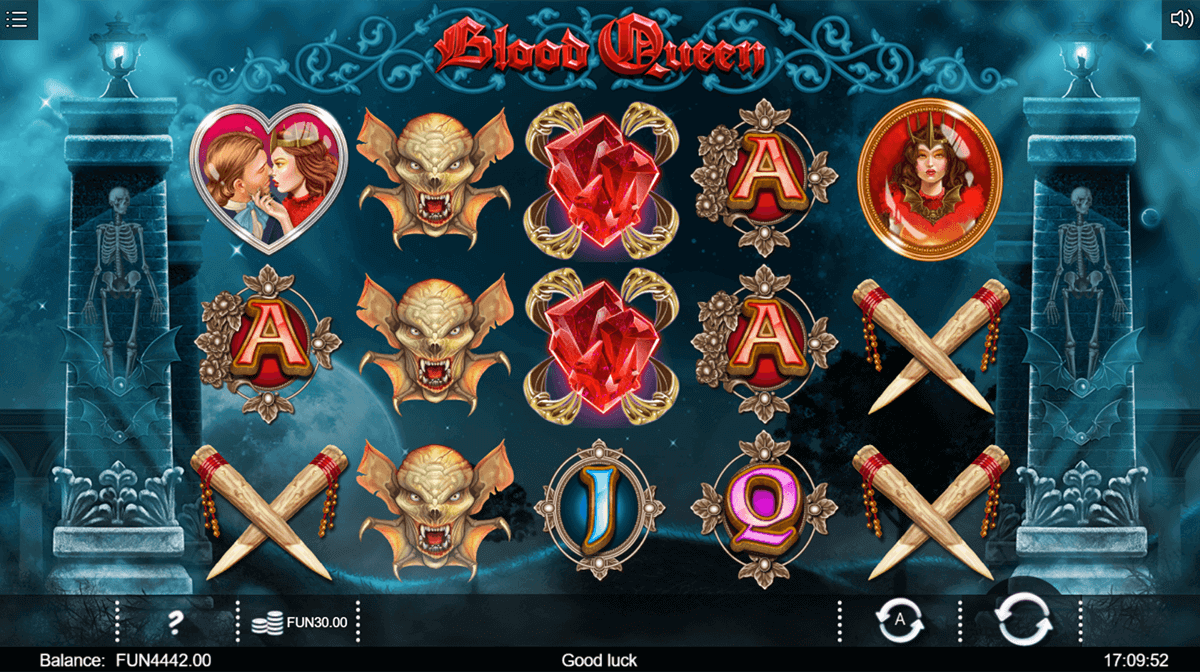 The scene is set for Blood Queen by a graveyard by moonlight, and you can find the more low-value symbols in the form of the standard with slots.

These playing cards come with a slight difference though, set within gem-encrusted pendants. For the more high-value symbols, you won’t miss them.

These symbols are in the form of tusks, a horrible-looking demon (naturally,) and a ruby. The most rewarding symbol though is in the form of the dapper figure of Van Hell.

This symbol awards players with 800 coins for five on a pay line, and then there’s the blood Queen herself, awarding 1,000 coins for a winning 5-symbol combination. 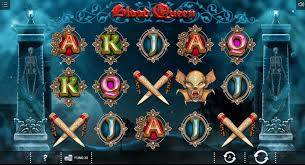 The Free Spins in Blood Queen is pretty epic - land three, four, or five scatters which feature a Van Hell and the Blood Queen in a heart shape.

You’ll then win 20, 30, or 50 free spins respectively and given the choice of two rounds in which to play with them.

If you go for Van Hell you’ll get Holy Water wilds which spread for four spins which follow and then disappear. With the Blood Queen, you’ll play to win with Blood Potion wilds which can fill any of the three middle reels. And, you can land multiple wilds on the same free spins.

Blood Queen slot is a well-designed offering from Iron Dog Studio which has a Gothic feel and something different to the usual slots thanks to the free spins offer.

It combines creepy imagery with innovative extras well and has a medium to high variance. Why not try Blood Queen at Star Slots today?