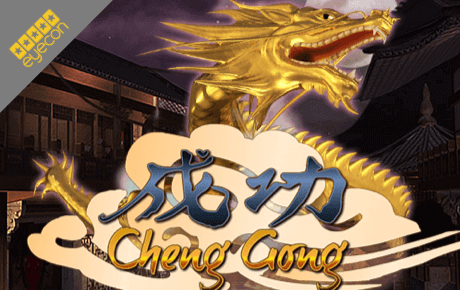 Cheng Gong online slot was released in 2016 by Eyecon and roughly translated the title of this game means succeed - which is exactly what you’ll do when you play this slots games online. Set to an interesting oriental theme, Cheng Gong slot offers numerous bonus features as well as a chance to gamble winnings.

Set across five reels and three rows with 25 pay lines, the reels spin against a background of unrolled parchment paper with floating red lanterns from above. Buildings set the scene in the background, amongst the clouds and the Chinese-sounding background music helps immerse players into the world of the orient.

Eyecon has been creating games for the online casino marketplace for the last 20 years, and all the while made a name for itself as an industry-leading free online slots provider. And rightly so, Eyecon was established in 1997 and today has a large portfolio of some of the best slot games in the biz.

This epic game maker boasts a portfolio that includes some of the most popular slots titles on the market. Since its launch decades ago, Eyecon has gone from strength to strength, but it was only in 2003 that Eyecon released the first of their online slots games which have proved to be popular ever since. 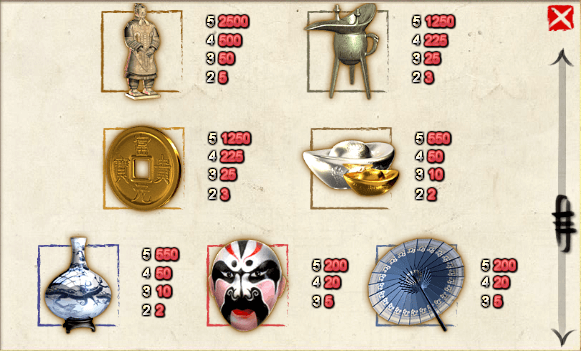 Cheng Gong has some fun symbols, all in keeping with their Chinese theme and what you’d expect from this kind of slot. Symbols include a statue, water container, golden coins, golden and silver ingots, a vase, mask, umbrella, a gourd, and the classic Geisha-girl style fan.

The wild with this online slot is in the form of a princess, and she substitutes for all other symbols with the exception of the dragon and red lantern scatters. In addition, unlike the wild in most slots, here she doubles any wins which she helped to form. A very generous princess indeed. 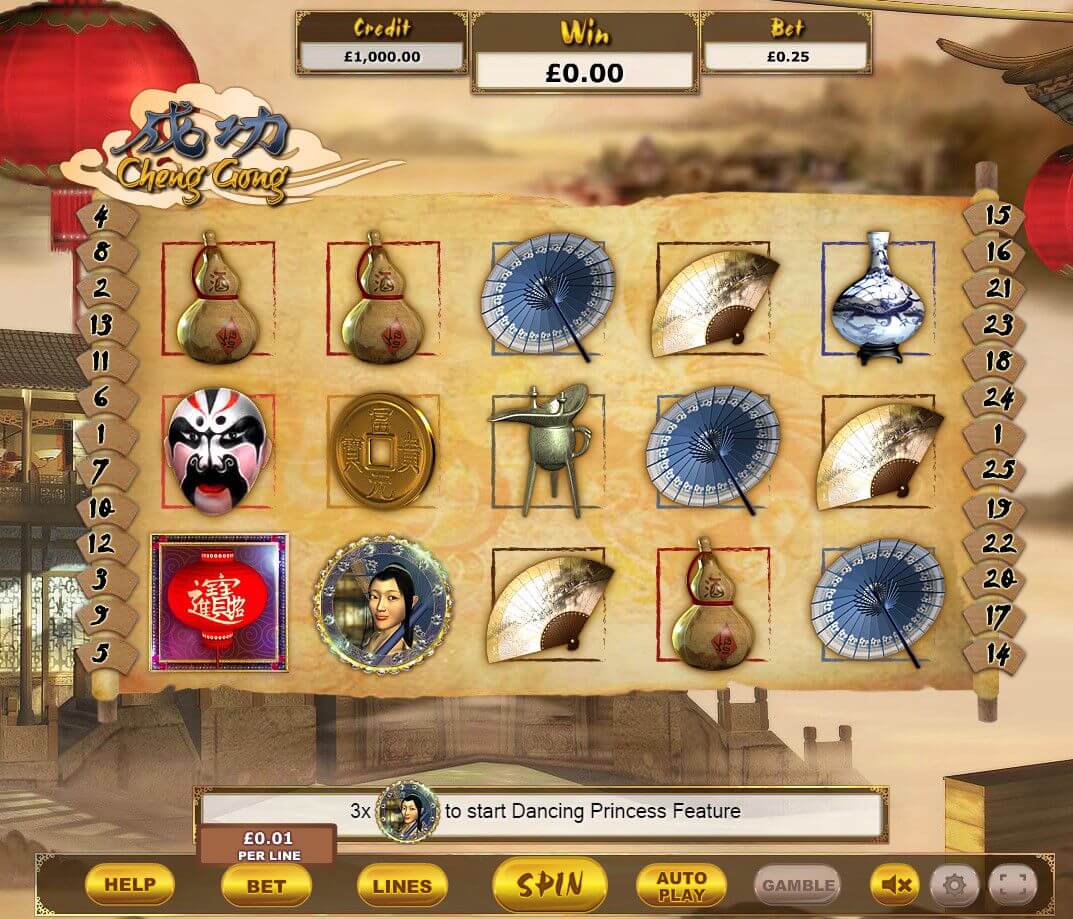 Where do we begin? Theres a dancing princess prize pick which can be triggered when you land three or more princess symbols, which reveals two fans and you pick one to show the prize. The bonus pick awards players another selection - up to three. There’s another of these with red lantern scatters, awarding multipliers and free spins.

Then we have the dragon re-spins feature, which can be triggered by hitting three dragon scatters. It awards you up to five free spins and can guarantee wins in some instances, along with freezing reels. There’s also a super-exciting gamble feature where players can win up to £32,000! Or, as with most slots - lose it all.

Cheng Gong online slot is a nice addition to the already seemingly-full list of slots inspired by the oriental at Star Slots. It’s got a lot of quality extra features and a good RTP of 95 percent, so you can’t really go wrong. It’s fun and has immersive gameplay too - what more could a slots lover want?

You might also want to try playing other amazing games from Star Slots collection, we recommend you check out Centurion Slot.