Legends of Olympia is a 50 pay-line video slot from popular developers, Saucify. Inviting you to the excitement of the ancient Olympics games, the free to play slots offers five action-packed reels and exciting gameplay. With different Olympic symbols such as medals and torchbearers and incredible wins up for grabs like free spins and expanding wilds, it's an exciting slot that anyone can enjoy.

You can give this online slot a try now at Star Slots, or keep on reading this guide to know more about how to play the slot.

Saucify - The Developers of Legends of Olympia Slots

Saucify, formerly known as BetOnSoft, is the developer of Legends of Olympia and one of the leading developers in the gambling industry. Although BetOnSoft was founded in 2006, it became remodeled in 2014 and changed to Saucify.

The UK-based developers have over a hundred 3D slot games in its portfolio, with other casino games such as roulette, blackjack, video poker, craps, and keno and scratch cards.

Their slots are well known for being playable on mobile devices and offering top-notch graphics. They also offer games with simple gameplay and exciting bonuses. Some top slots from Saucify include:

Play online slots from Saucify and other top developers when you sign up at Star Slots.

About Legends of Olympia

Legends of Olympia offers simple gameplay like most slots. It is played on a five by three grid with 50 massive pay-lines. This gives you a better chance to form winning combinations than the standard 20 and 25 pay-lines slots. You have to create a winning combination of three or more matching symbols across the reels to succeed in this slot.

The slot's reels are set against what seems to be a stadium, but the reels are so massive, they almost cover the entire playing screen. The reels are also covered with golden wreath. Some of the symbols you can see on the reels include the male athlete, female athlete, golden wreath, charioteer, boxer, silver coin, gold coin, bronze coin, long-distance runners, and more.

The highest paying symbol on the reels is the male athlete, which offers 6,000 coins for landing five on a pay-line. The slot also features authentic sounds and animation, bringing the gameplay to life.

The coin range of the online slot stands between 0.01 and 0.25. It also features an auto spin function that allows players on-the-go to spin up to 100 spins without looking. You can give Legends of Olympia a try now at Star Slots, and grab the chance to play with Starburst free spins. 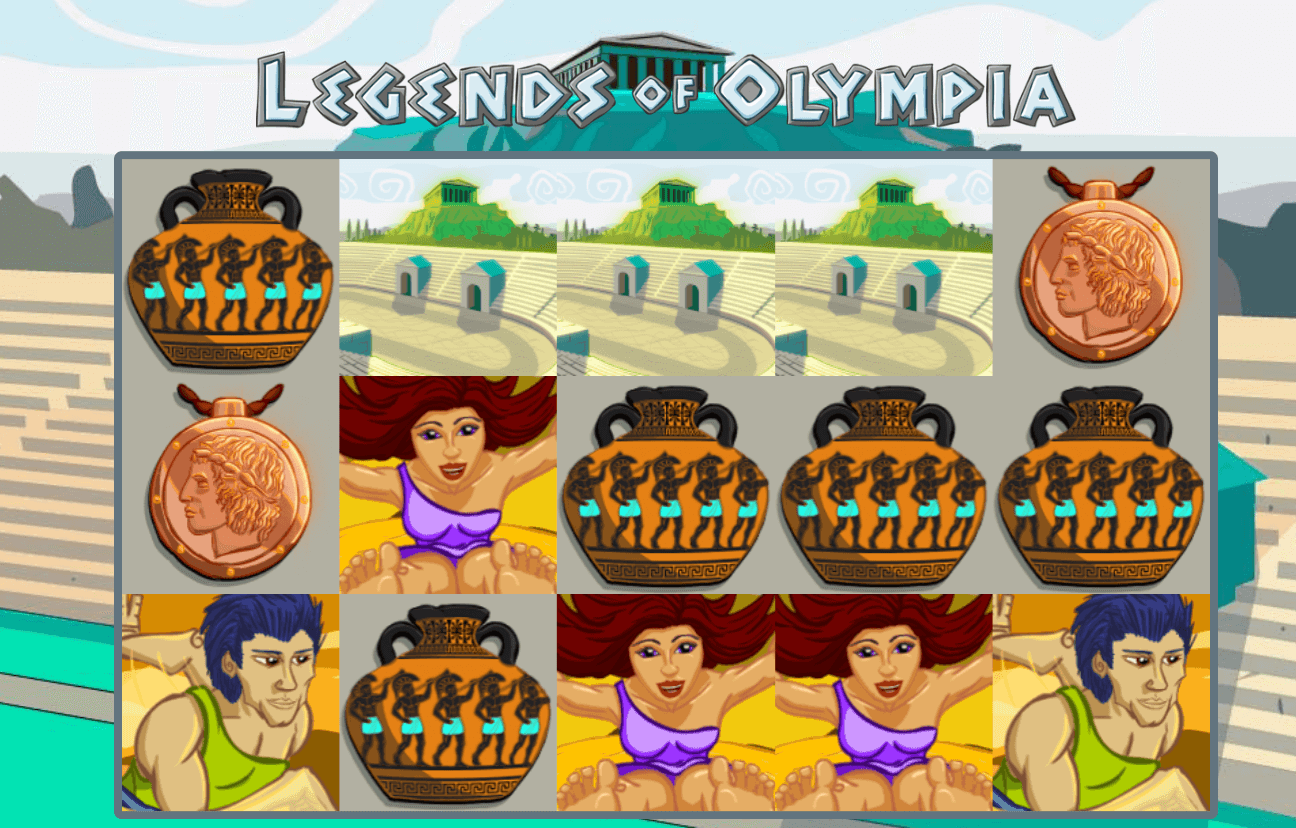 Legends of Olympia offers exciting bonus features for players to enjoy as they spin the reels. Some of the bonuses include:

Go for these massive bonuses in Legends of Olympia now at Star Slots, and enjoy up to 500 Starburst free spins when you sign up.

Our Verdict on Legends of Olympia

If you enjoy playing exciting slots, you can grab the chance and enjoy playing Legends of Olympia at Star Slots. The game offers many pay-lines, which means that you have many chances of forming winning combinations.

You can also win wilds and free spins when you play this online slot, and enjoy the graphics and animations. You can give this slot a try now at Star Slots and grab the chance to win up to 500 Starburst free spins.