Mercy of the Gods 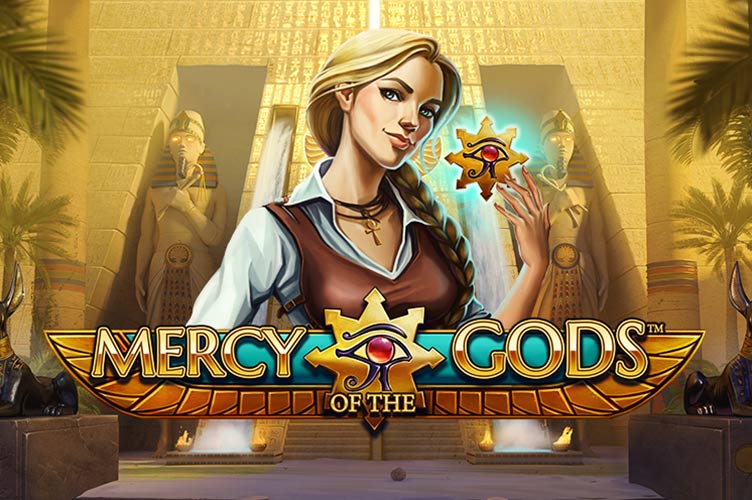 The mercy of the Gods is another of the many online slots games out there that uses Ancient Egypt as its theme. Developed by iconic gaming company Net Entertainment.

Which has a vast catalogue of online fruit machines to its name. The game has five reels, three rows and 20 fixed paylines of entertainment to offer you.

Here, we will take a closer look at Mercy of the Gods. Additionally we will give you a little bit more information about Net Ent and their range of games.

By playing this game on Starslots as a new player you get the opportunity to spin the Mega Reel; offering you the chance to win 500 Starburst Spins or free spins on other popular slot games.

About the Bonus Features of Mercy of the Gods UK Slot

Mercy of the Gods makes full use of Ancient Egyptian iconography. With the game’s reels set in what looks like a temple or a tomb.

Statues of gods and swaying palm trees can be seen in the background. An appropriately exotic-sounding musical score plays to keep you entertained. What's more helps immerse you in the world of the game.

The higher value symbols on the reels include a glamorous looking female explorer. As well as various divine symbols and seals, all of which relate to one of the many gods of Ancient Egypt.

The lower value symbols on the reels are the letters J, Q, K and A. The wild symbol is easy to spot in this slot game. As it is the word wild emblazoned on a golden icon. It can replace all other symbols to create winning combinations for you.

The Eye of Horus and the Gift of Wealth are the game’s bonus icons, which you can use to access the two main bonus features.

The first bonus feature is the Free Spins feature. Which is triggered by you landing three, four or five of the Eye of Horus scatter symbols anywhere in view. 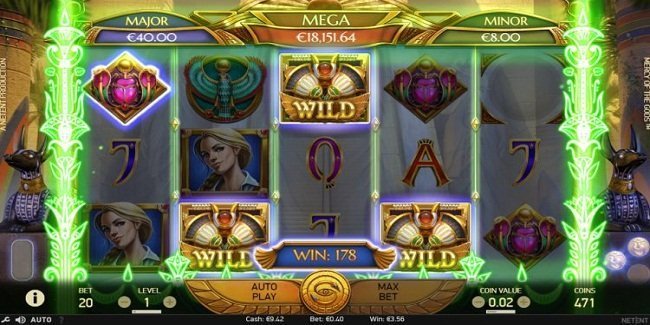 About NetEnt and Their Other Games

Net Entertainment, or NetEnt as it is often called, is a Swedish games developer with a long history.

That history dates right back to 1963. When Bill Lindwall and his business partner Rolf Lundström established a casino company.

Called AB Restaurang Rouletter. In 1996, Bill’s son Pontus founded Net Ent as this company’s digital successor. All that experience from the world of bricks and mortar casinos was put to good use.

Net Ent was floated on a Swedish stock exchange. The Nasdaq OMX Stockholm Mid Cap, in 2007, such as its development over the first 11 years of its existence.

That progress has continued up to the present day. Many fans of slots online games will be familiar with titles such as Gonzo’s Quest, that have acquired iconic status.

Other games from Net Ent include:

Last Thoughts on Mercy of the Gods

Mercy of the Gods is a typically high-quality online slot game from Net Ent. The gameplay is smooth and slick.

The graphics and sound really help to put right in the game’s world of tomb exploration and ancient magic. The bonus features offer plenty of opportunities to take home some big prizes.

This game is well worth looking out for in your favourite online UK casino. As it adds another level of variety to the range of games which are set amidst the pyramids and deserts of Egypt.

If you are not a fun of this culture, then why not check out the Win Escalator slot?